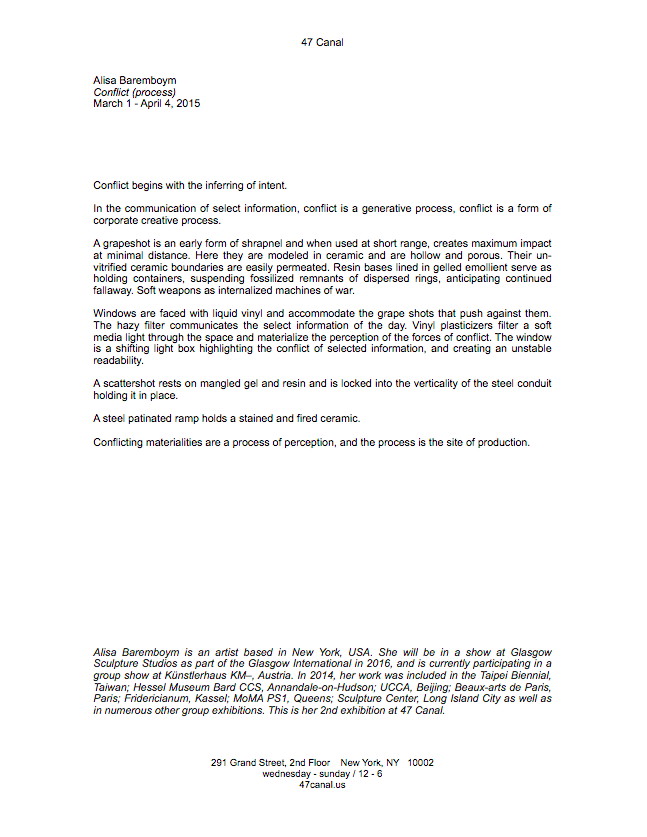 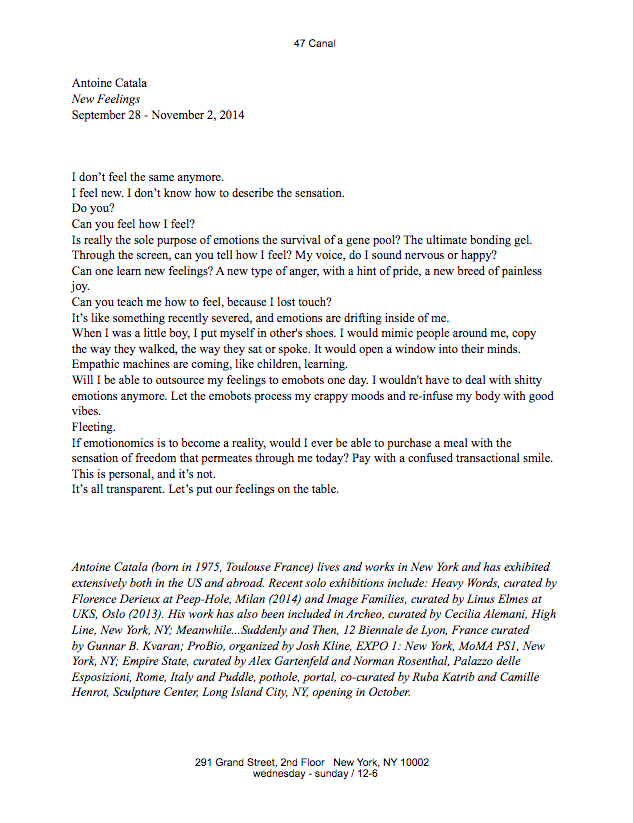 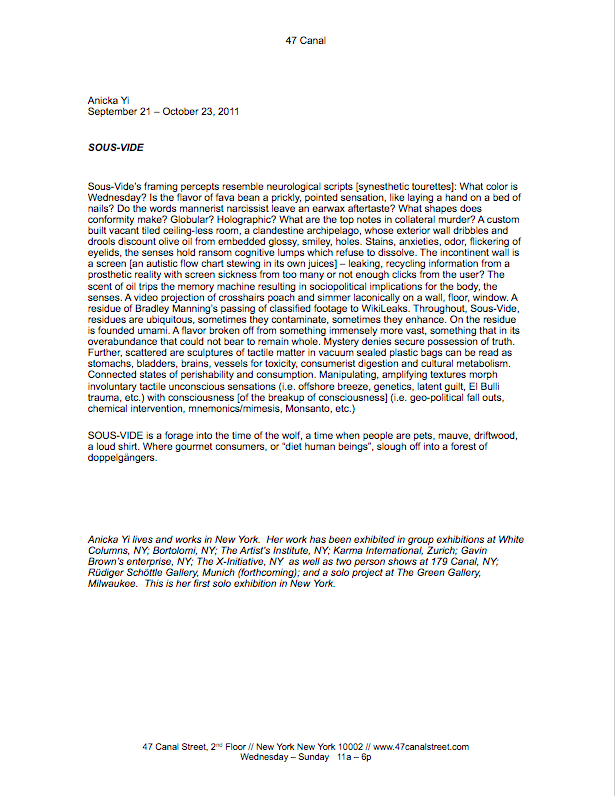 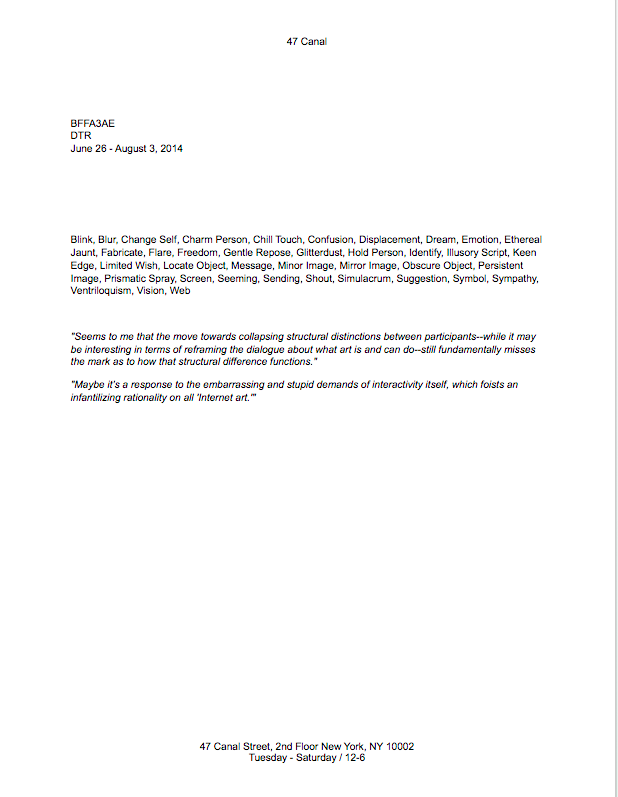 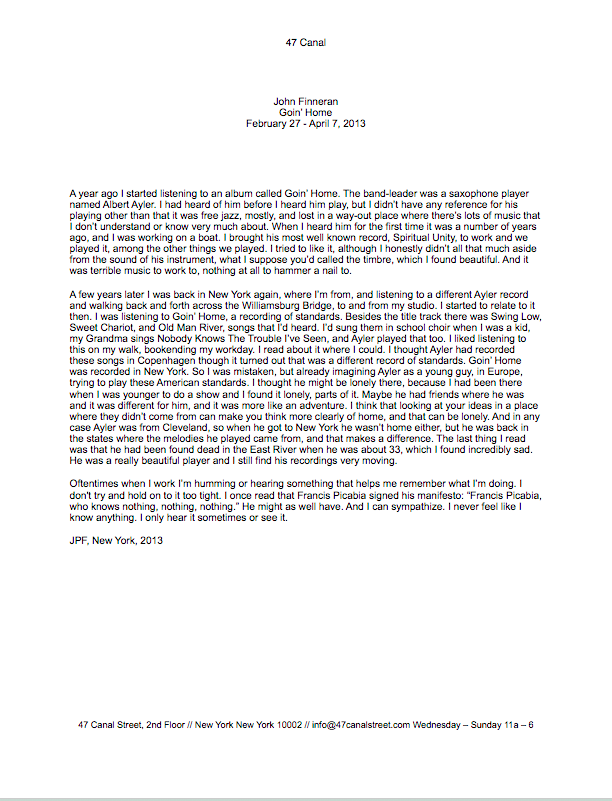 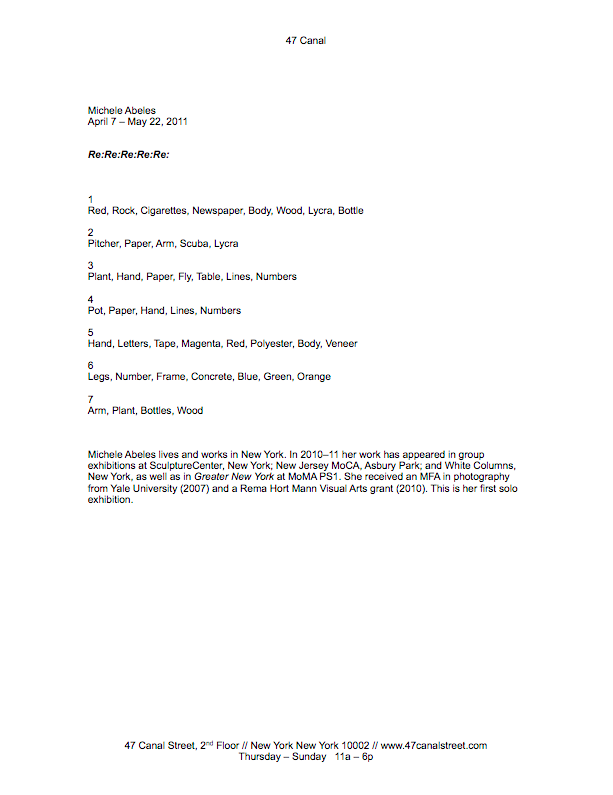 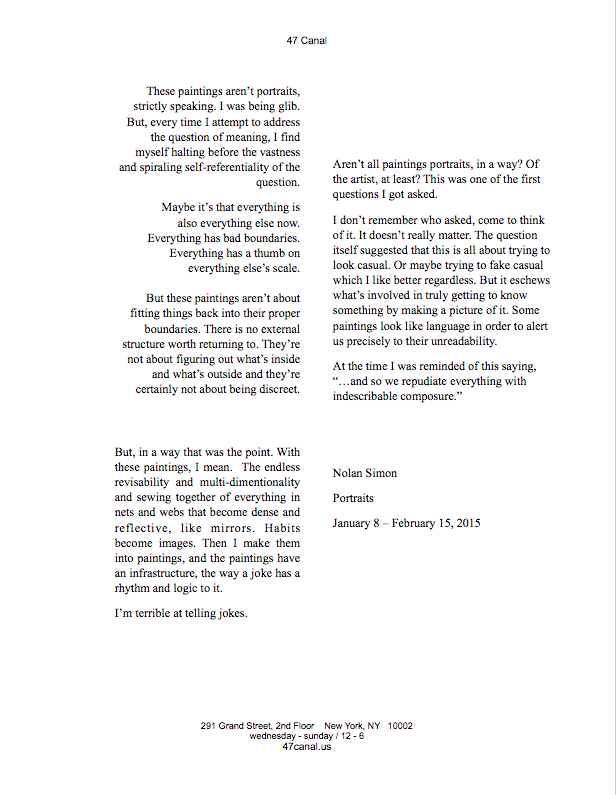 47 Canal is a New York based gallery founded by the artist Margret Lee and the gallerist Oliver Newton in 2011. As far as I know, they don’t send out invitation cards, but use email to announce their shows. These announcements resemble press releases, but are often written by the artists themselves. Some come with images, others are lists, or read like poems. They tend to be subjective (or pretend to be subjective), and can easily be understood (or misunderstood) as part of the exhibition and the artist’s practice. Information is replaced by / combined with attitude, a gesture that became one of 47 Canal’s trademarks. DB

A selection of press releases by