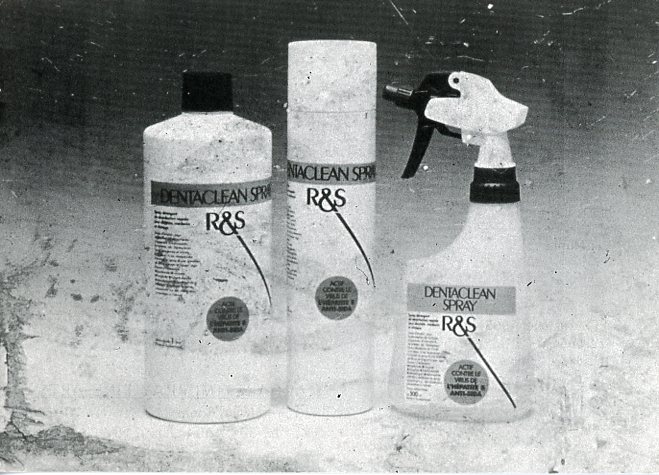 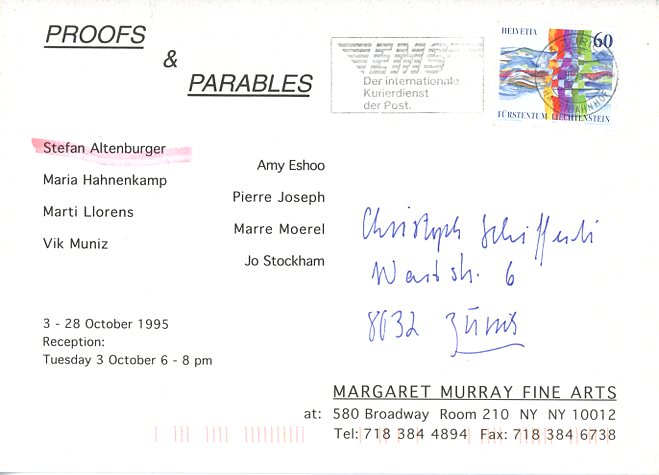 Stefan Altenburger most probably sent this invitation card to Christoph Schifferli announcing his new show in New York at Margaret Murray Fine Arts. Murray later run Murray Guy Gallery, which closed the doors of its Chelsea gallery in 2017 after 19 years of exhibitions.

Stefan Banz (1961-2021) on Altenburger: “Like Percy Rainford, Stefan Altenburger is a master of precision and restraint. He puts himself entirely at the service of the subject matter and does everything in his power to do photographic justice to the character and presence of a work of art.” Source

Today, Stefan Altenburger is an established photographer documenting exhibitions and artworks for numerous galleries, museums, and artists. If you google his name, this information shows on wikipedia: “Stefan Altenburger (Zürich, 1968) is a Swiss visual artist who is best known as musician Golden Boy for his collaborations with Miss Kittin such as the club hit “Rippin Kittin.”[1]