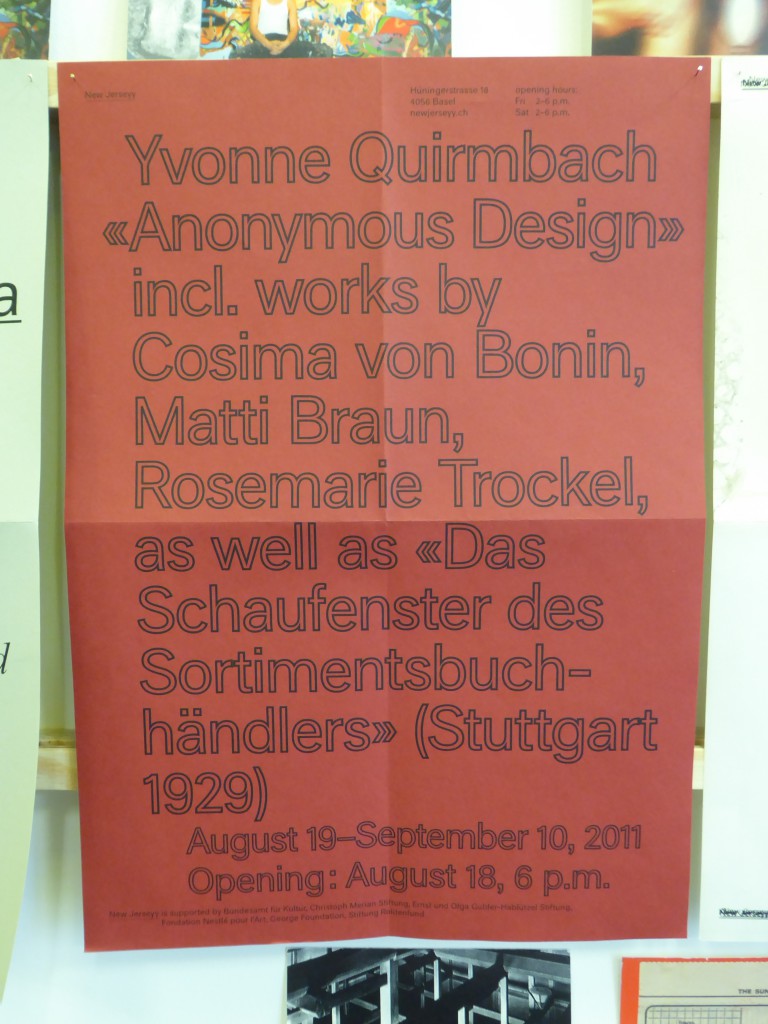 “Quirmbach has been designing books for contemporary artists and institutions since 1995, when as a student of communication design in Wuppertal, she produced her first catalogue for collaborative artists Walter Dahn and Philip Pocock. In Cologne in the 1990s and 2000s, Yvonne was met with the ideal conditions for an emerging designer—her proximity to the publisher and bookseller Walther König, the galleries Monika Sprüth and Daniel Buchholz, and the Museum Ludwig all contributed to her developing sensibility. Among this milieu she sparked early collaboration and friendship with artists such as Rosemarie Trockel, Matti Braun, Walter Dahn, Monika Baer, Cosima von Bonin, Manfred Pernice, and others, all of whom shaped her work and her methods of working.” Source

Together with Jörn Bötnagel she founded the gallery BQ: “Yvonne Quirmbach was still studying graphic design, and Jörn Bötnagel had just taken a job at Monika Sprüth’s gallery. In 1998, a small space—the porter’s lodge—became available in the rear courtyard of the Sprüth Gallery. It became the BQ project space. In 2000, BQ participated in their first art fair, Art Cologne. In 2002, they opened their first gallery space in a small store on Jülicher Strasse in Cologne. A year later, BQ was invited to take part in Art Basel. They used the opportunities that these fairs offered in their own unique way: as “large solo exhibitions.” After all, the booths often had more floor space than their gallery. The gallery has been situated in Berlin since 2009 and on Rosa-Luxemburg-Platz since 2011.” Source