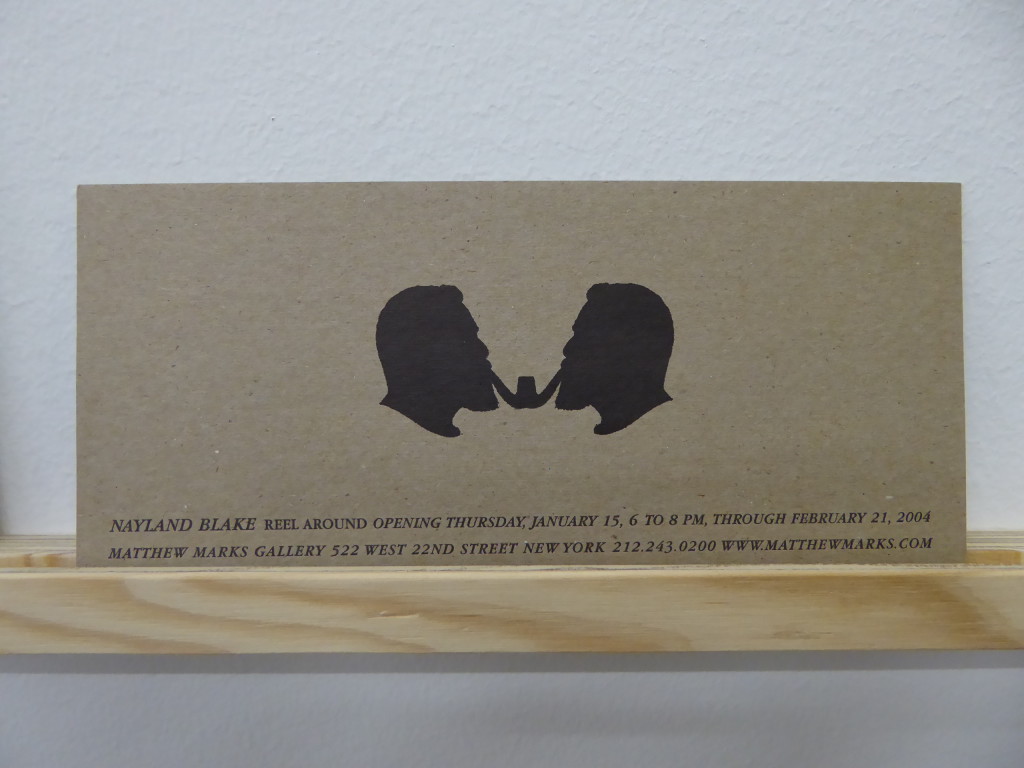 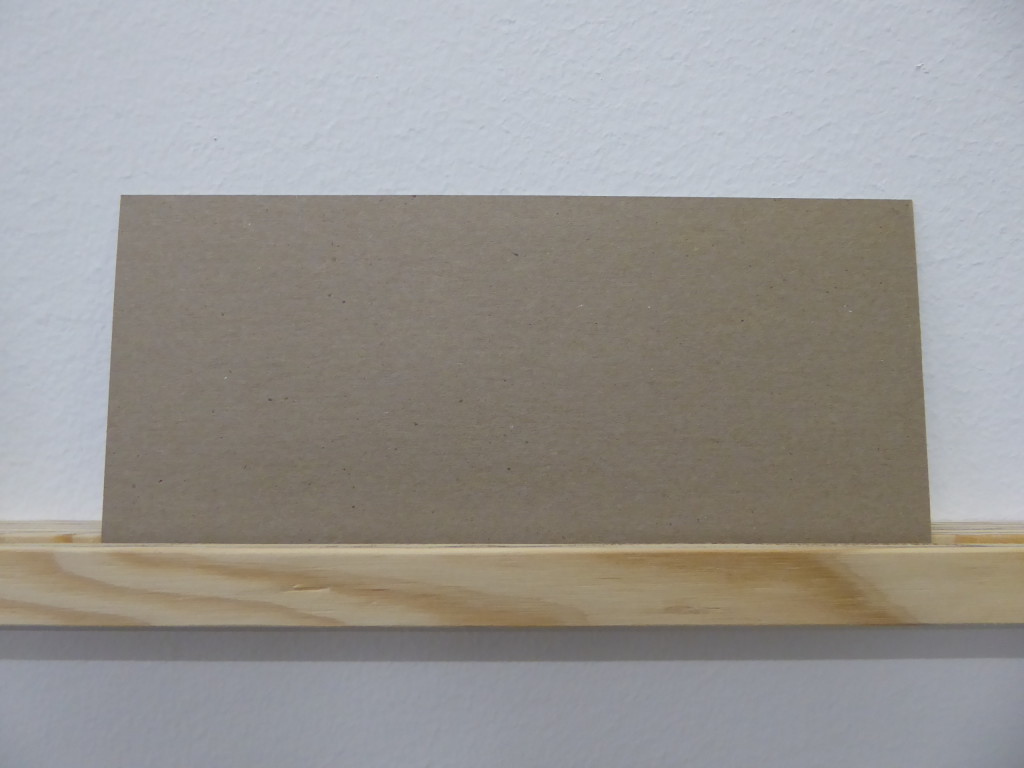 “Reel Around marks the New York debut of the video installation Coat, exhibited first in 2002 at the List Visual Arts Center at MIT and more recently at the Nayland Blake retrospective exhibition at the Tang Museum at Skidmore College. In this work, Blake and the artist A.A. Bronson cover each other’s faces in first white and then black frosting, screened simultaneously on side-by-side television monitors. In a wall projection in a separate room, the two men are shown kissing, faces fully frosted.

The new video installation, Correction, will also be included in the exhibition. Correction consists of a row of screens, each displaying the artist, seated, for several minutes. Blake is then slapped across the face in each by a different figure, people with whom the artist has had a meaningful relationship, including teachers, students, and family members.

The sculptures in the exhibition will include two new works in the artist’s signature series of bunny suits. One is sized for a toddler and sewn from pieces of vintage rock’n’roll t-shirts culled from second-hand clothing stores. The other is Blake’s largest bunny figure ever, nearly sixteen feet square and made of quilted white nylon.

Another sculpture, Confederate Flag (white on white), is made from three all-white confederate flags, in different sizes, sewn together and hung on the wall. They introduce a rereading of Jasper Johns’s flag paintings, investigating issues of race and surrender.

The fourth sculpture, Root, is a wooden pipe with a single bowl and two stems, allowing two people to smoke the pipe at the same time. The sculpture is accompanied by an embossed lithograph, a white-on-white image of the pipe being smoked by two identical silhouette’s of the artist’s head. Together, the sculpture and the print explore questions of solidarity, otherness, and identity politics.” Source and images here