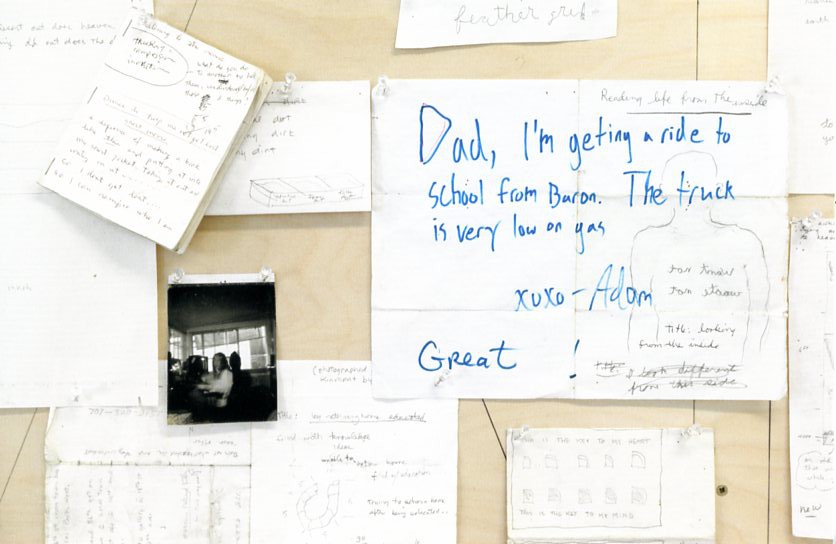 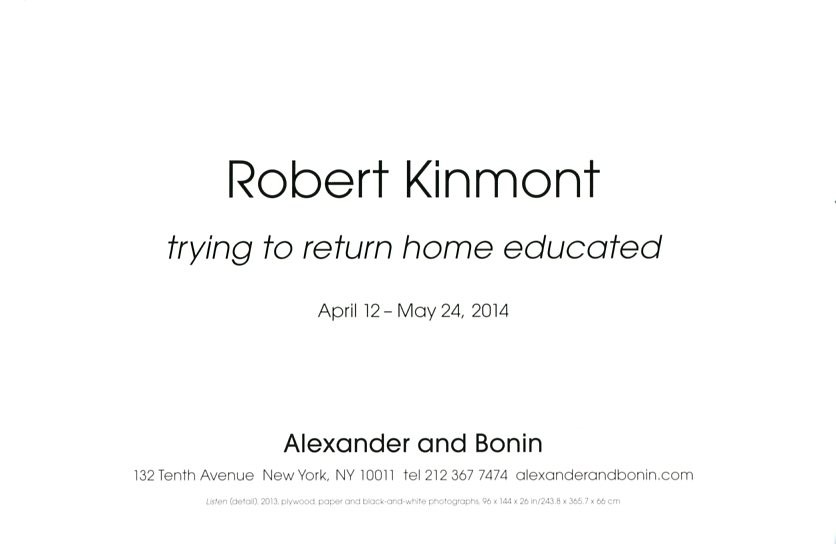 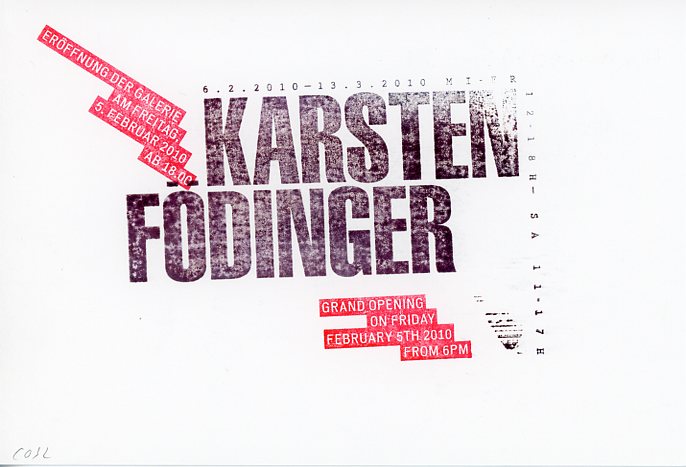 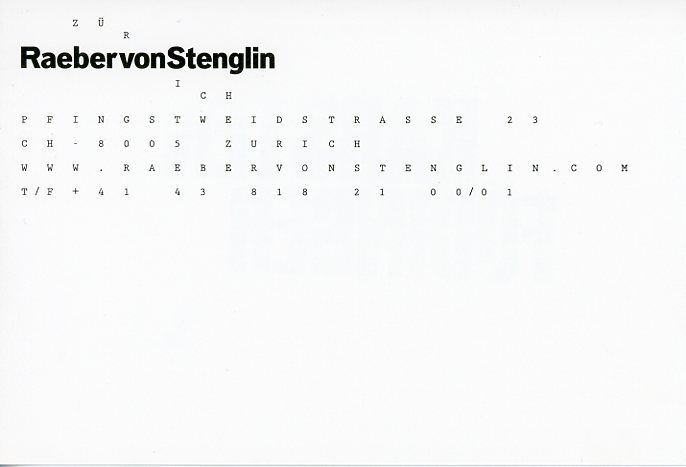 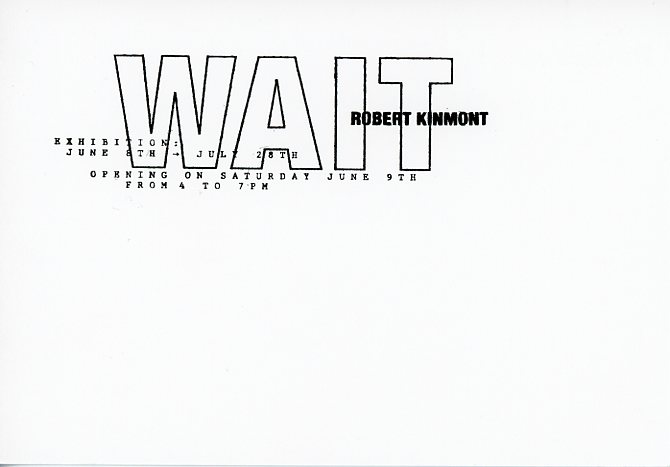 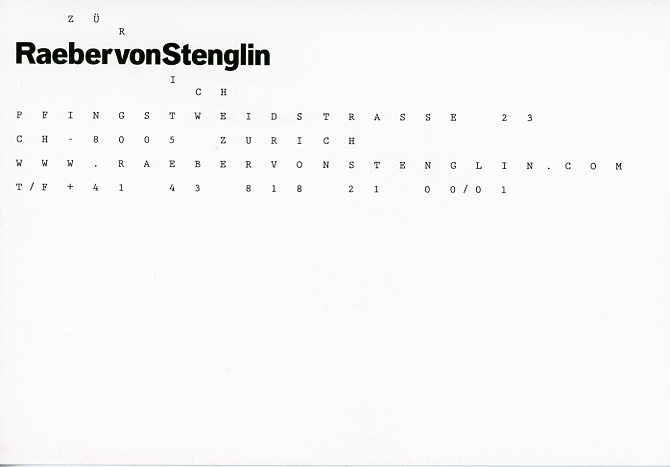 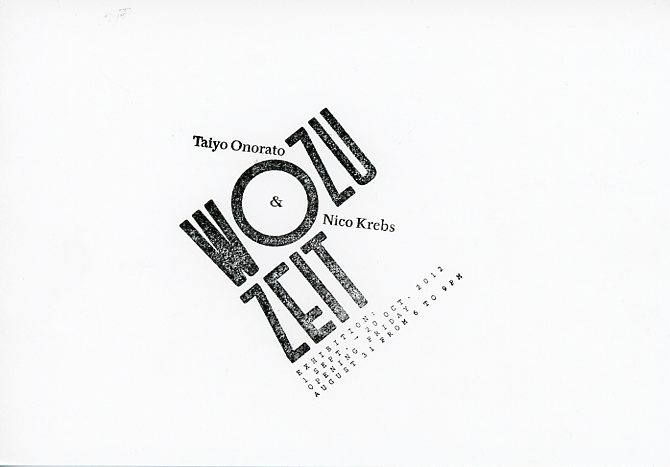 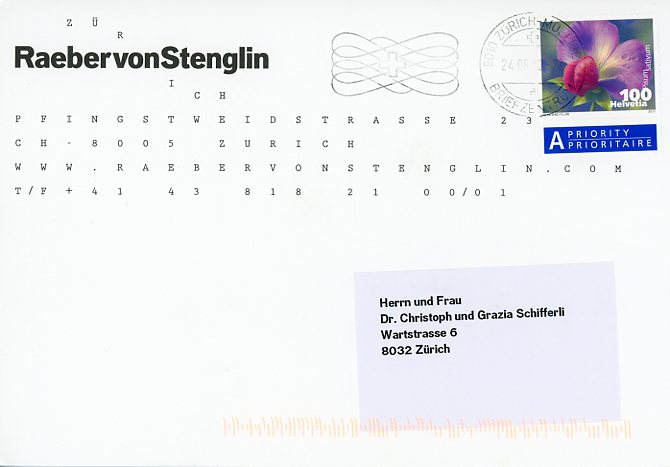 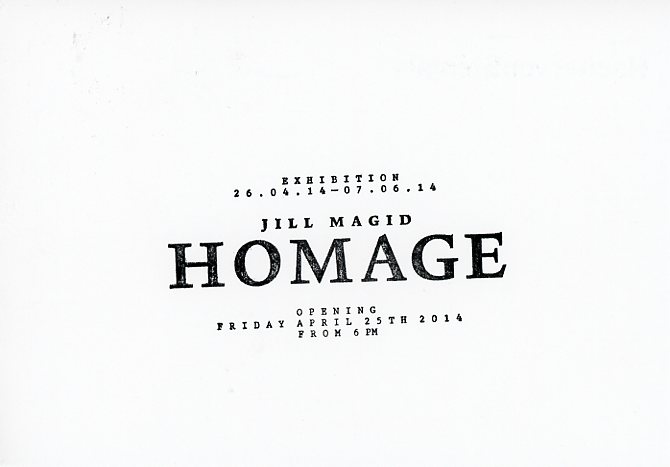 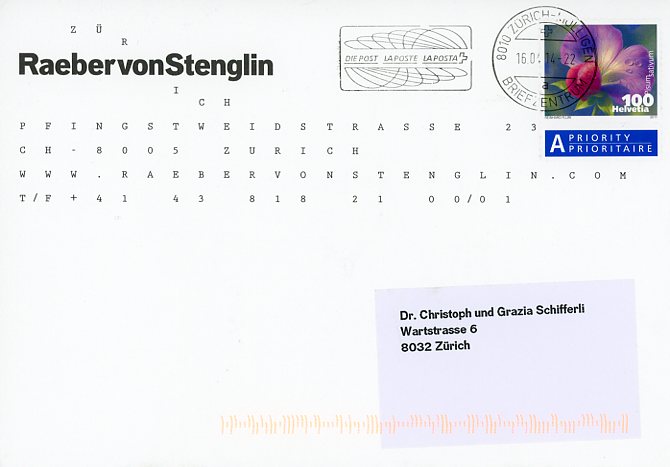 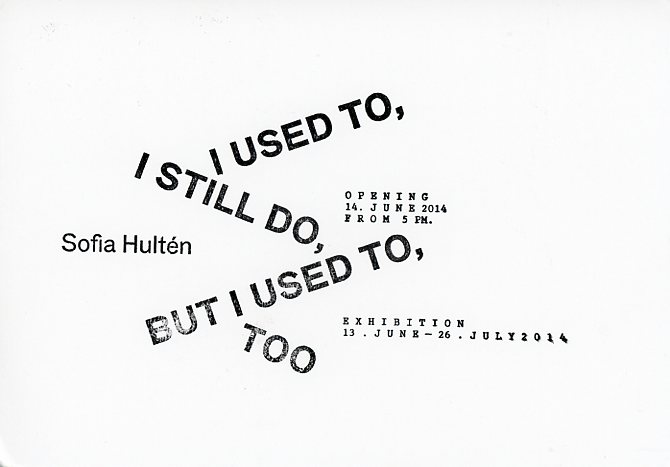 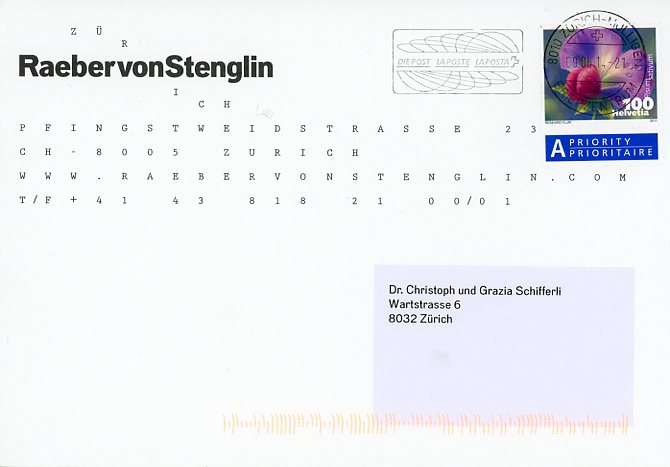 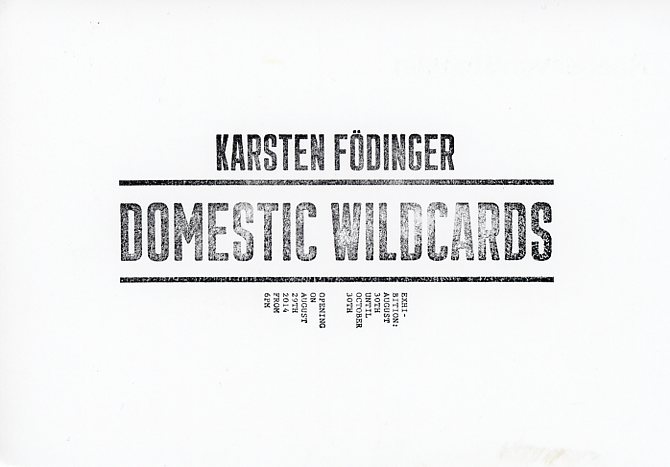 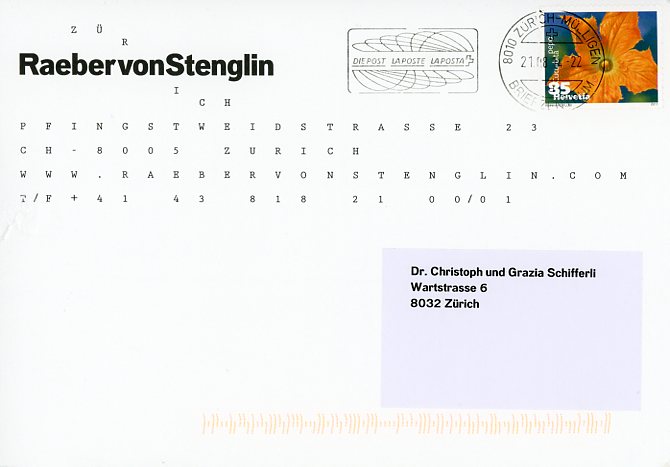 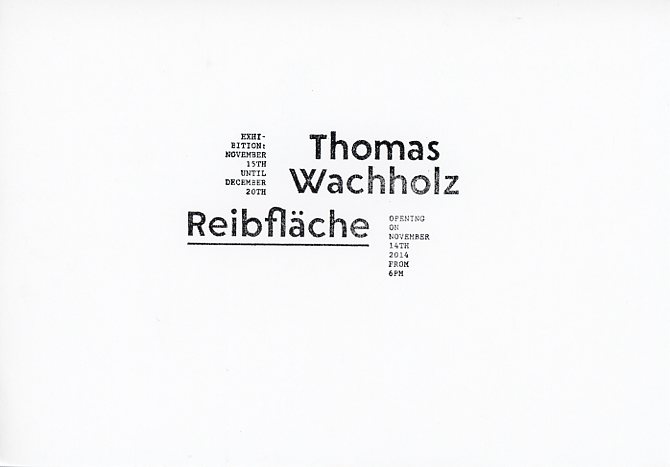 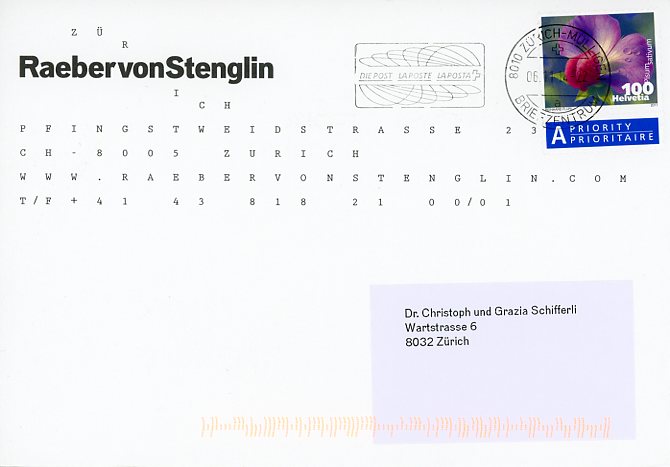 Stamped invitation cards by RaebervonStenglin, a gallery for contemporary art in Zurich, active from 2009-2016.