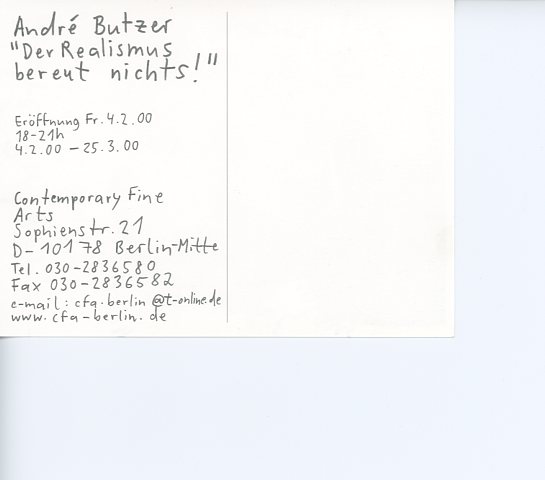 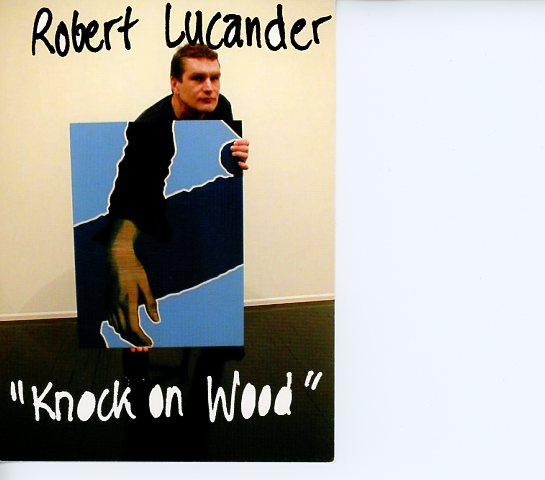 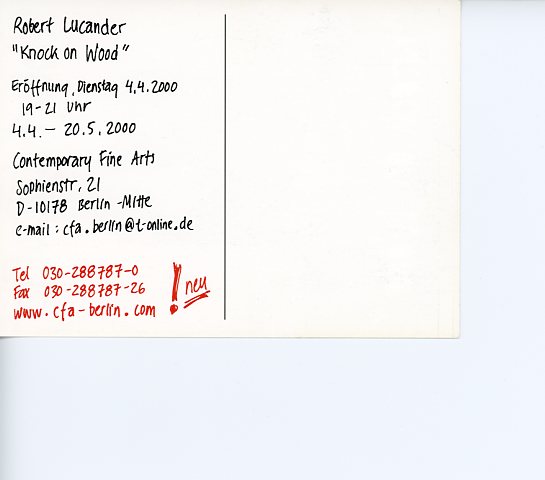 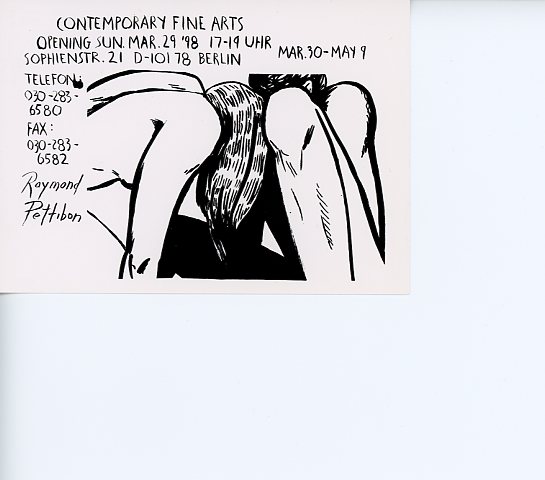 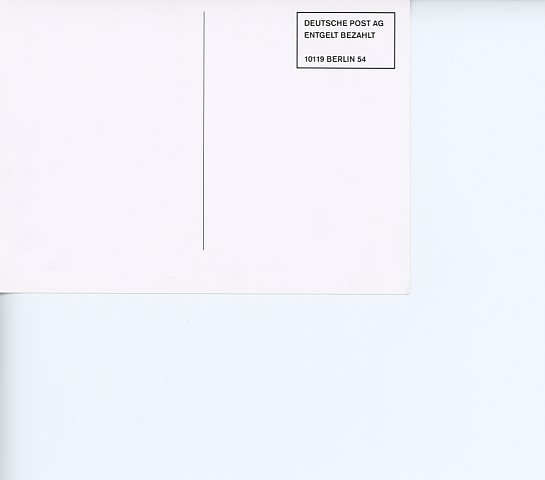 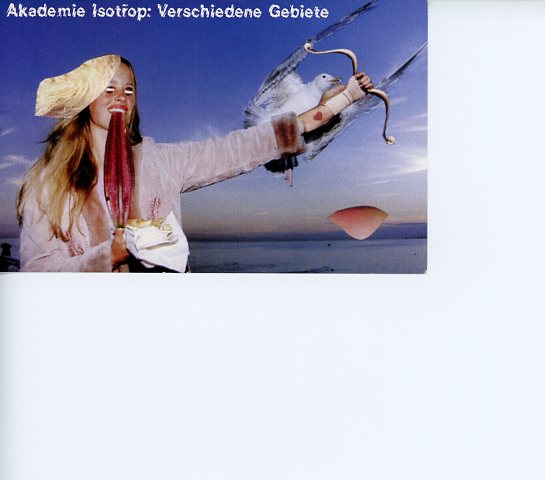 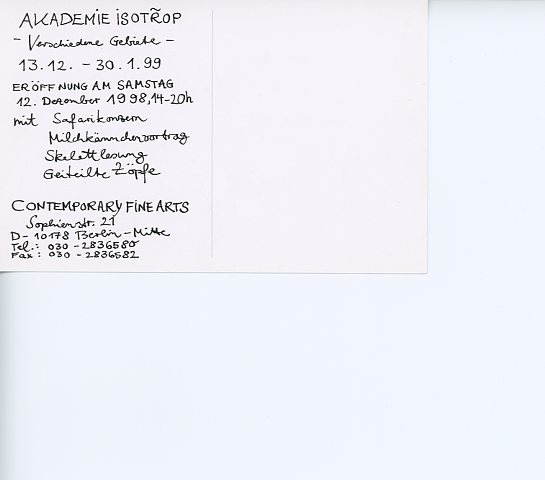 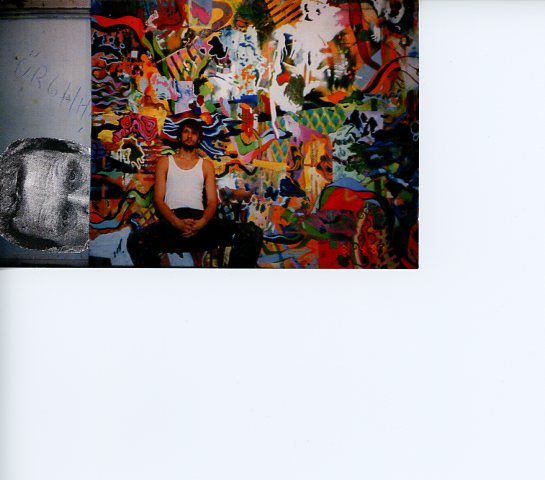 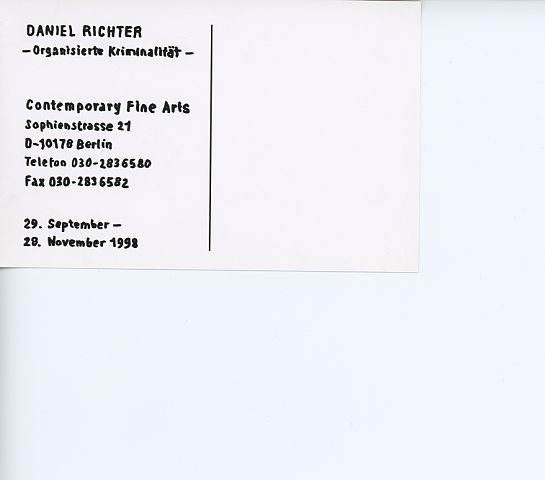 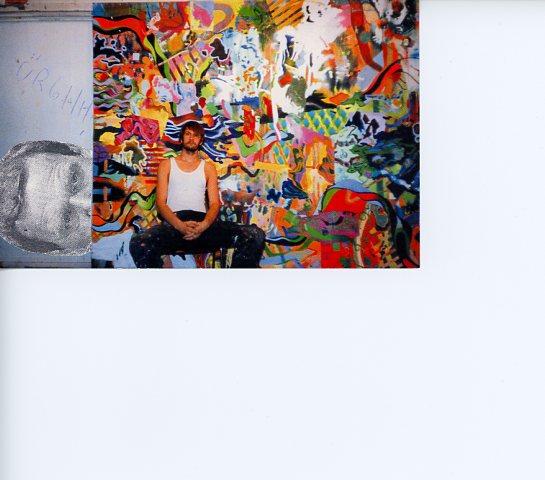 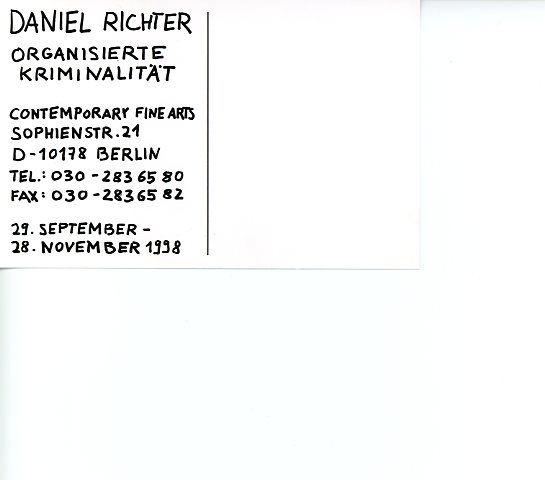 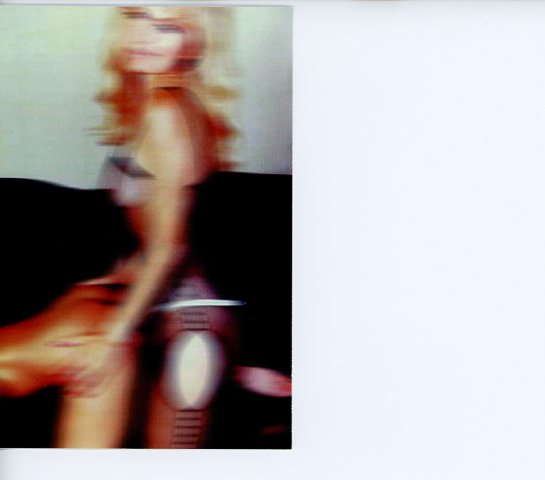 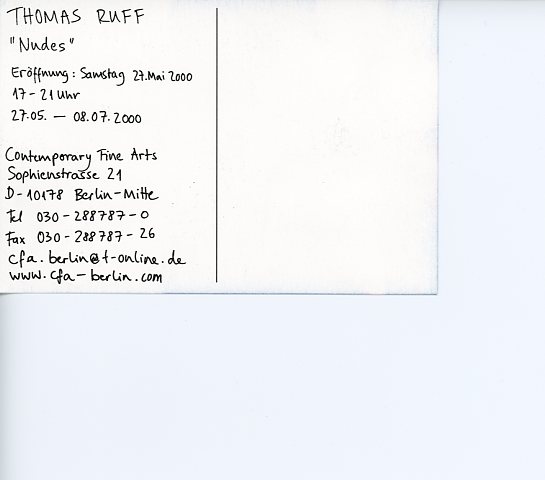 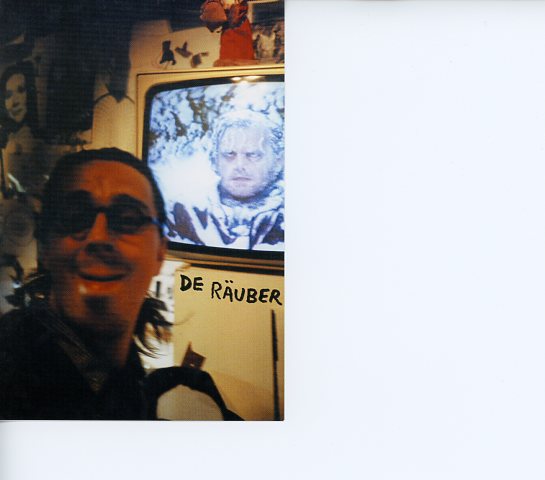 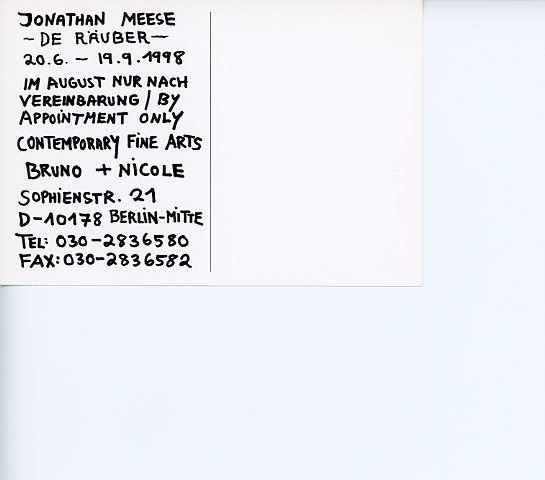 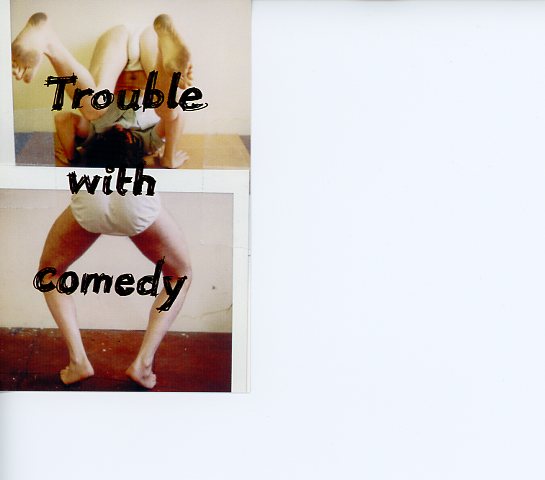 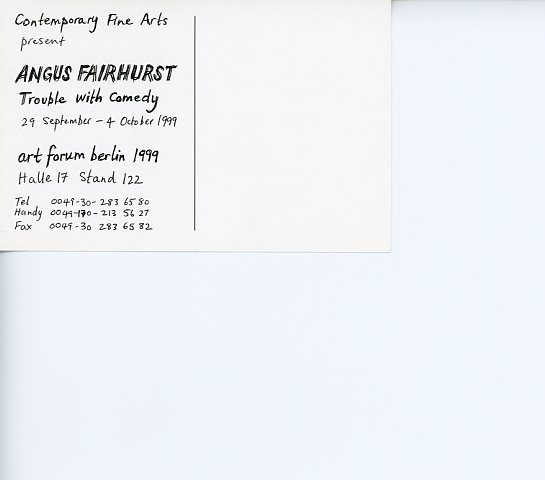 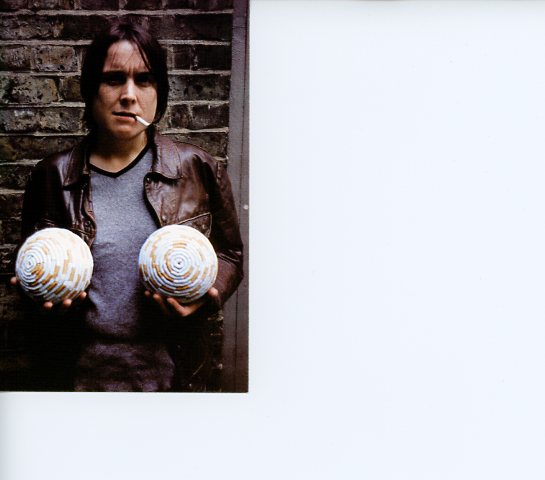 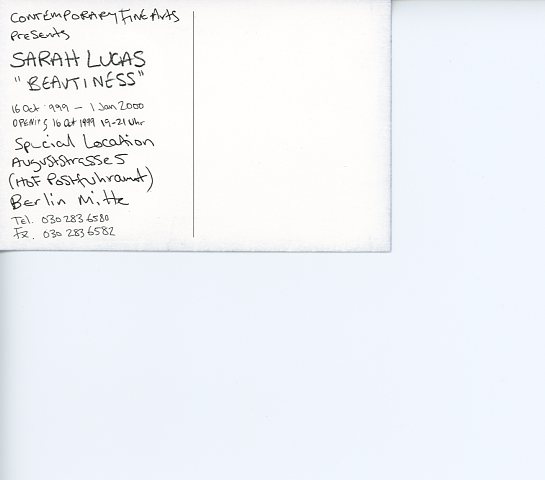 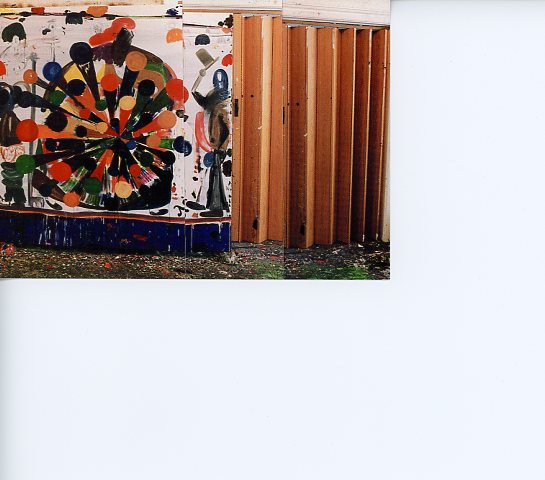 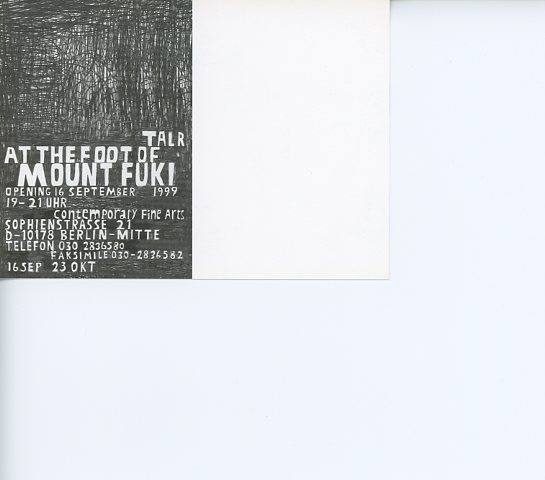 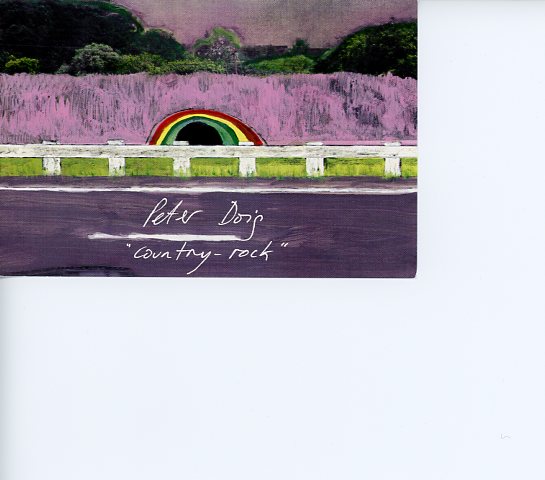 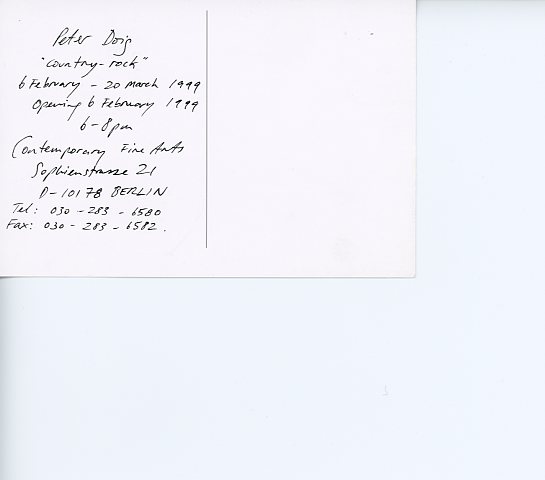 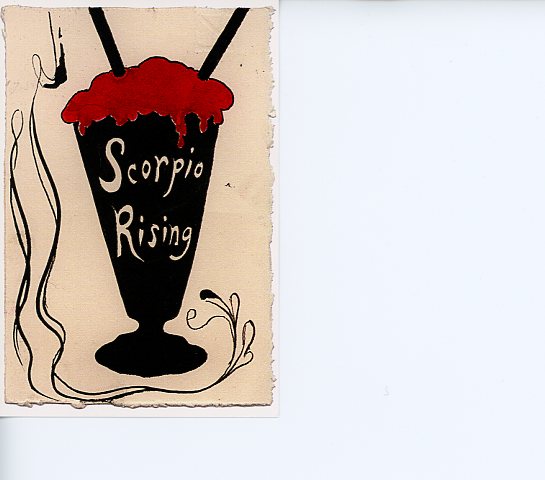 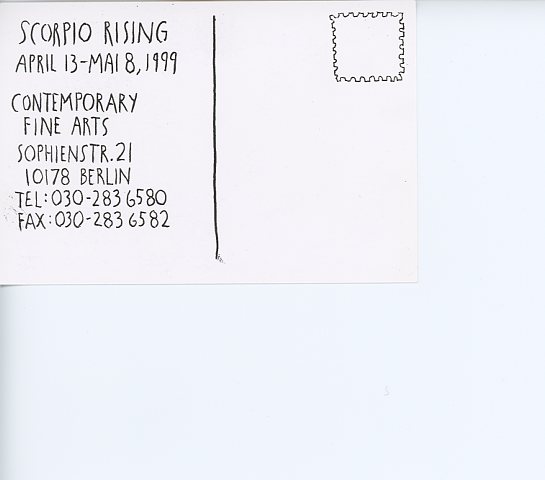 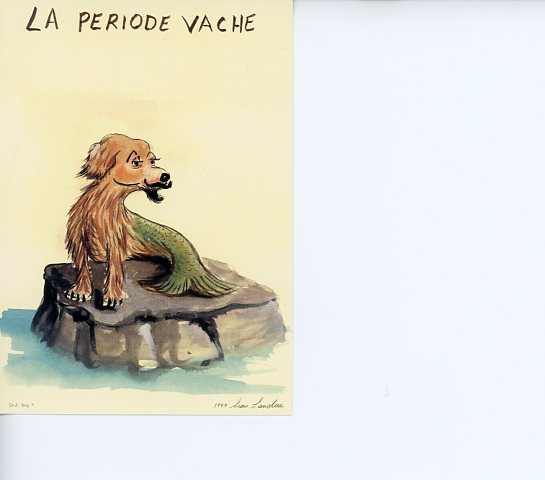 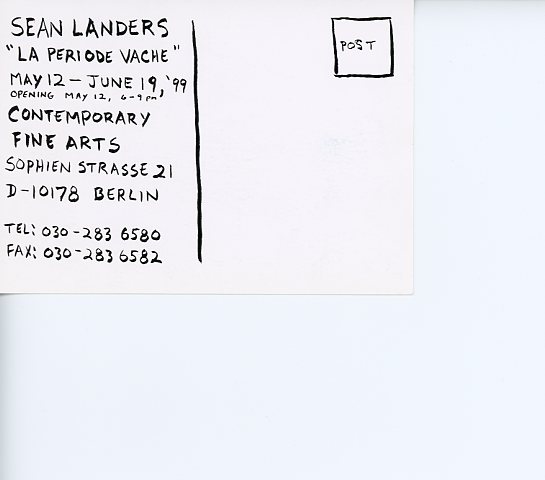 A series of invitation cards (1998-2000) by the Berlin based gallery Contemporary Fine Arts (CFA), established in 1992 and run by Bruno Brunnet and Nicole Hackert. For about two years, CFA used individual handwriting (by the artists?) instead of a standardized font. As many of the new young galleries established in the mid to late nineties, CFA used their invitation cards to highlight individuality and as an innovative form of (self-)branding. Invitation cards could become an art project, and a space where art may happen – and is distributed worldwide for free. A similar strategy was adopted by other young up-and-coming galleries such as neugerriemschneider, Berlin (est. 1994), Gavin Brown’s Enterprise, New York (1994-2020), CFA Contemporary Fine Arts, Berlin (est. 1992), The Modern Institute, Glasgow (est. 1997), or Eva Presenhuber (Galerie Walcheturm 1989-1998/Galerie Eva Presenhuber). 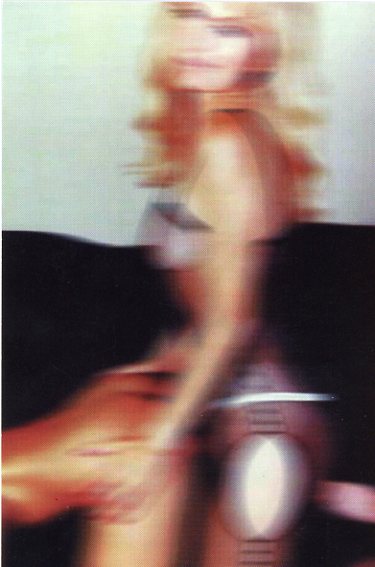 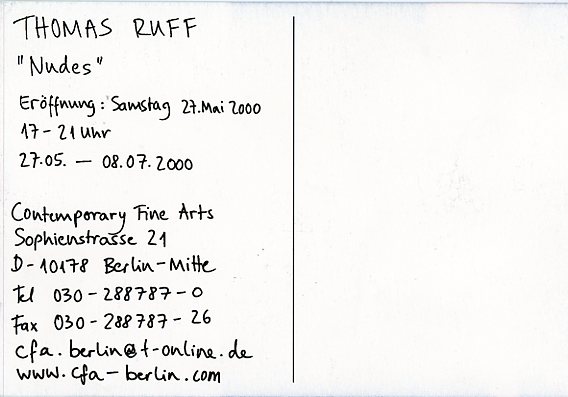 The show took place in 2000 at Contemporary Fine Arts in Berlin. From what I understand, this was the last invitation card using handwritten text. See all cards here.