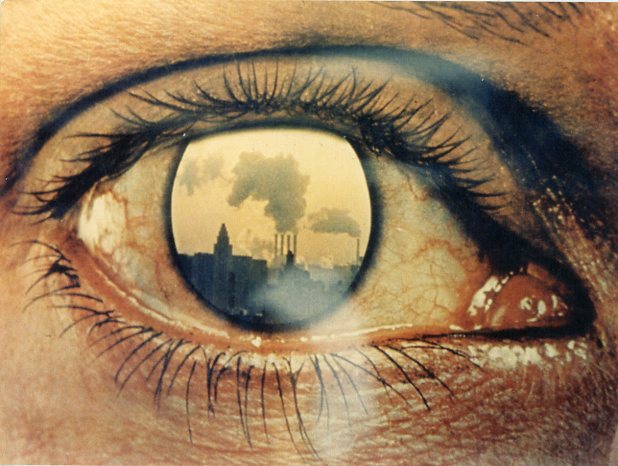 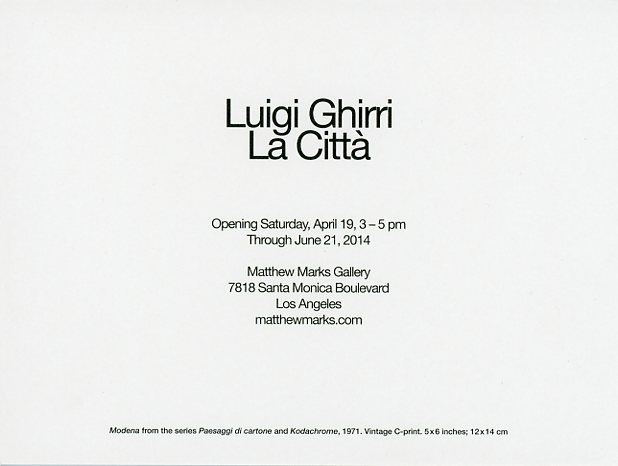 Luigi Ghirri (1943–1992) spent his working life in the Emilia-Romagna region of Italy.

“Inspired in part by the Conceptual art of his time, Luigi Ghirri used his camera to examine the relationship between the physical world and the world of images. His subject was the landscape around him, but his photographs are much more than visual documents of 1970s and 1980s Italy. With his uncanny eye for composition, Ghirri searched out chance arrangements in the human-built world, framing them in his camera’s viewfinder like found photomontages. He worked in color because, as he put it, “the real world is in color,” and he made modestly sized meticulous prints, rarely producing more than one or two from each image.” Excerpt of the press release by Mathew Marks Gallery for this show in 2014.