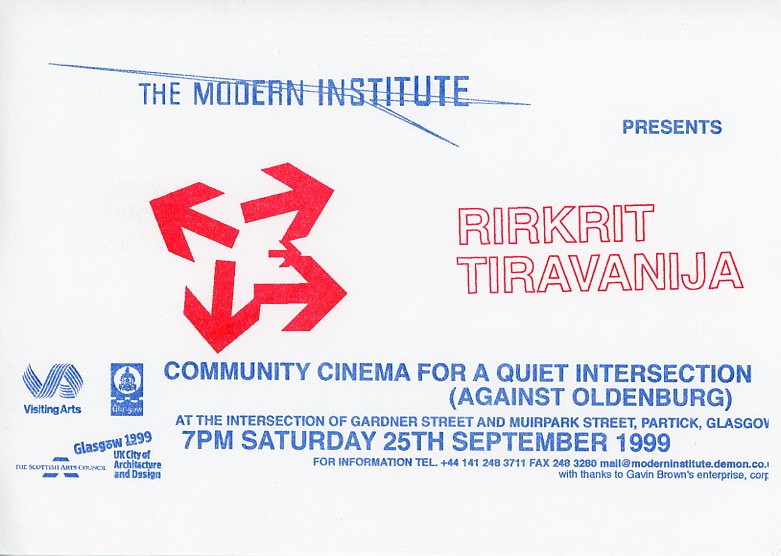 Community Cinema For a Quiet Intersection (Against Oldenburg) was an early, community-driven project by Rikrit Tiravanjia in Glasgow 1999. Here some pictures on flickr.

“The Thai artist Rikrit Tiravanja created the installation Community Cinema For a Quiet Intersection (Against Oldenburg) as part of the City of Architecture Festival in Glasgow, Scotland, in September 1999. He created a temporary outdoor cinema composed by four screens and accompanied by a Thai café right on the traffic intersection in a residential neighbourhood in Glasgow and after dusk showed films that had been chosen by the local community: Casablanca, A Bug’s Life, The Jungle Book and It’s a Wonderful Life were shown in parallel on the our screens.” Anna Schober, The Cinema Makers: Public Life and the Exhibition of Difference in South-Eastern and Central Europe Since the 1960s .