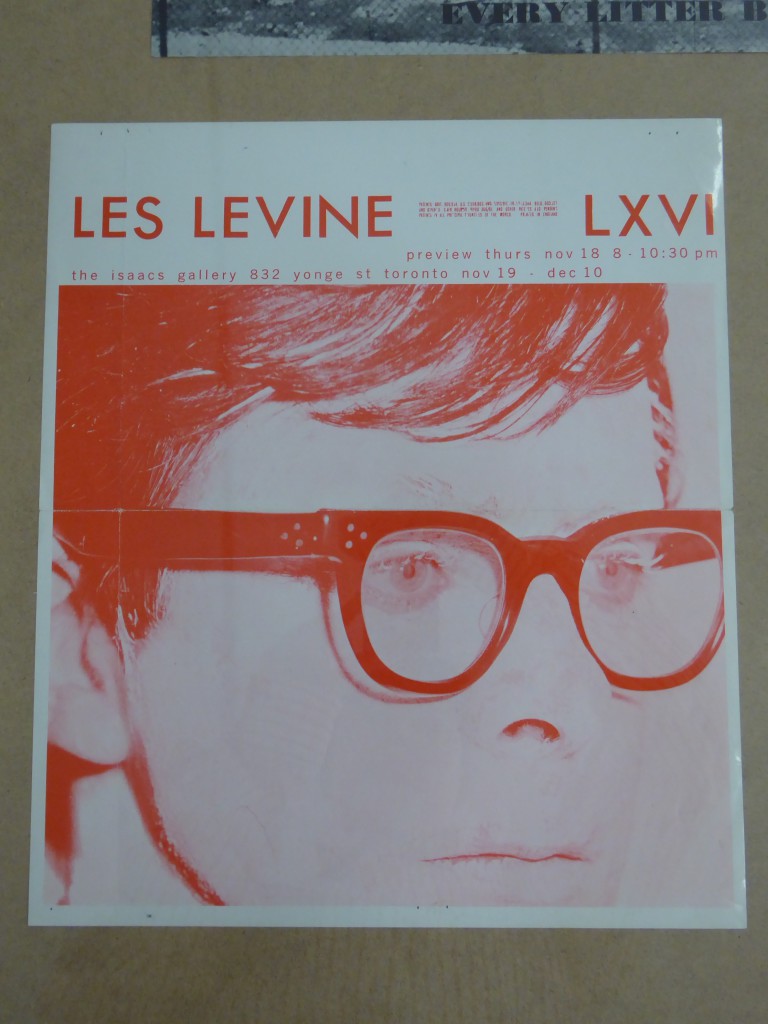 Les Levine (born 1935) is a naturalized American Irish artist known as a pioneer of video art and as a conceptual artist working with mass communication. In 1965, Levine, with Nam June Paik, were among the first artists to buy and use portapaks. Thus he was one of the first artists to try television as a medium for the dissemination of art. Levine has written on art for Arts, The Village Voice, Art in America and the Saturday. (wikipedia)

Av Isaacs opened a framing and art-supply store in 1950 before founding Isaacs Gallery on Yonge Street in 1961. The gallery went on to become one of the country’s leading commercial spaces, representing artists including Michael Snow, Greg Curnoe, Gathie Falk and Joyce Wieland. It also hosted avant-garde events such as concerts and performances.