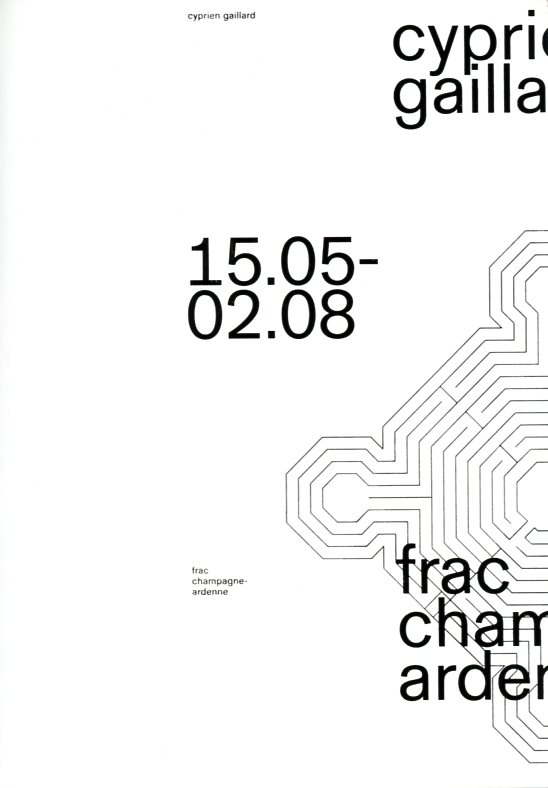 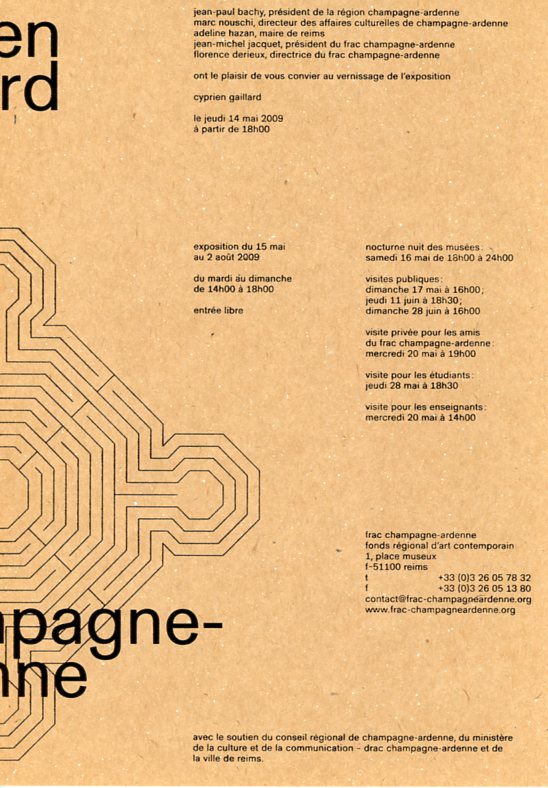 An invitation card for Cyprien Gaillard’s exhibition at frac champagne-ardenne. The frac still send invitation cards, as many French instiution continue to do. Sometimes in very ambitious forms. If I am not mistaken, the graphic concept is by Gavillet & Rust, in charge of the frac champagne-ardenne’s graphic identity since 2008. The studio was originally established in 2001 as Gavillet & Rust by Gilles Gavillet and David Rust (1969-2014).