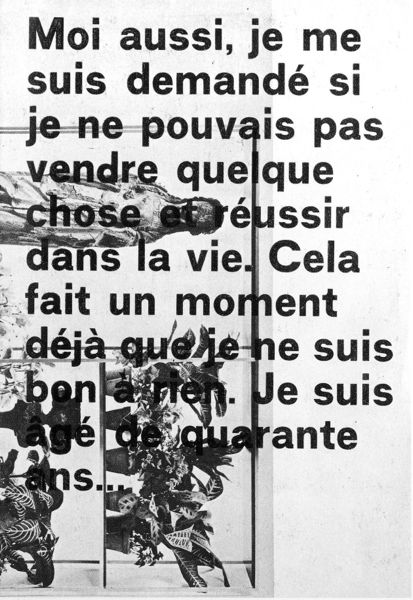 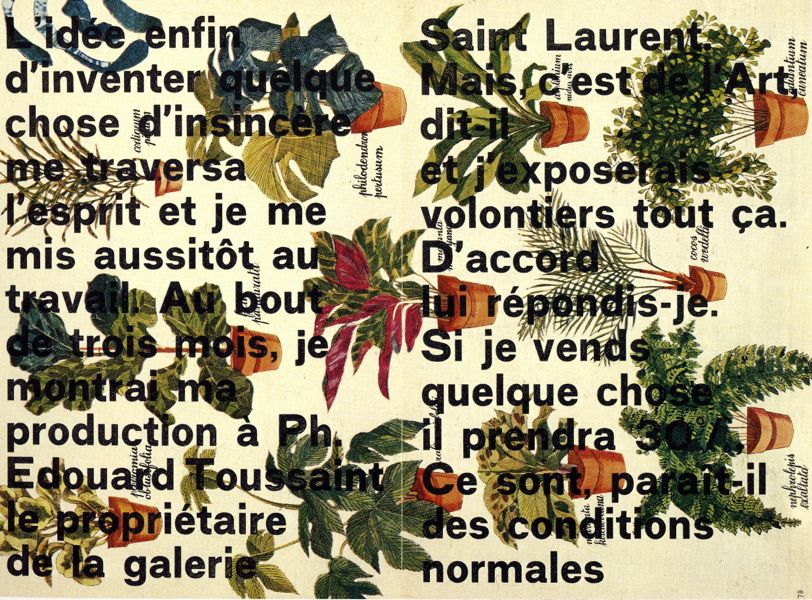 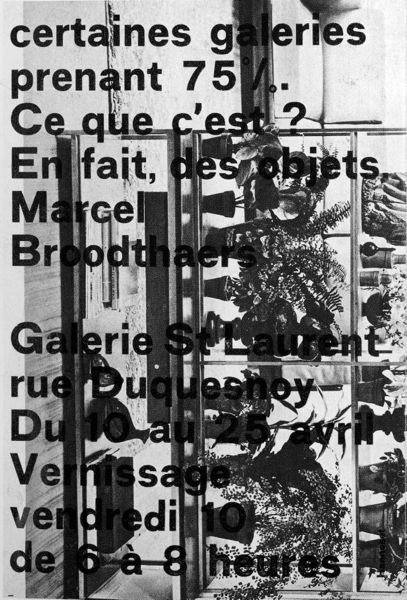 Marcel Broodthaers first invitation card reveals certain mechanism of the gallery system (30% for the artist, well back then), and he explains, in the form of a parody, why he wants to become an artist.

“Marcel Broodthaers (1924–1976) decided to become an artist only at the age of 40. Previously he had lived as a freelance writer in Brussels and Paris, publishing various volumes of poems and art criticism. On the invitation card to his first exhibition in 1964 he revealed the reasons for his change of career: “I asked myself if I couldn’t sell something and succeed in life. That was a moment when I felt good for nothing. I am forty years of age. The idea of ultimately inventing something insincere crossed my mind and I set to work immediately. After three months, I shall show my production to Edouard Toussaint, the owner of the Saint Laurent gallery. ‘But it’s art,’ he said, ‘and I will gladly exhibit all that.’ ‘Okay,’ I replied. If I sell something, he will take 30 per cent. These appear to be the usual conditions.” Wilfried Dickhoff, July 2008