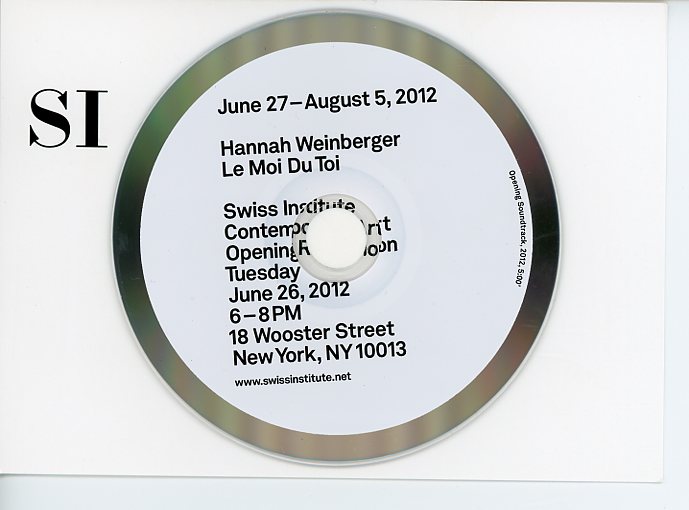 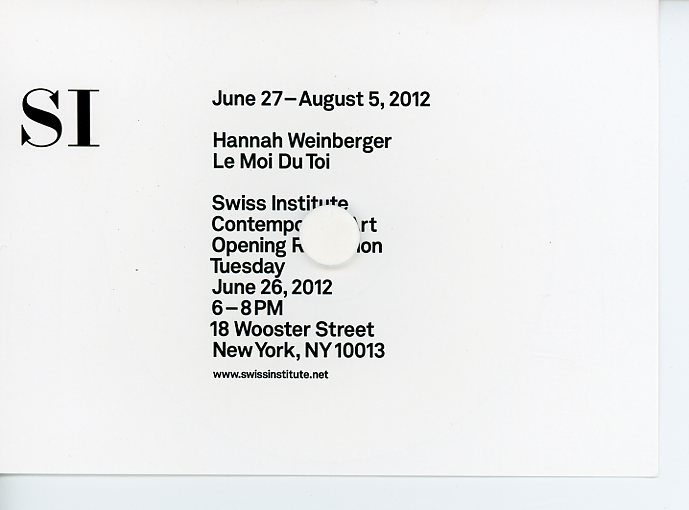 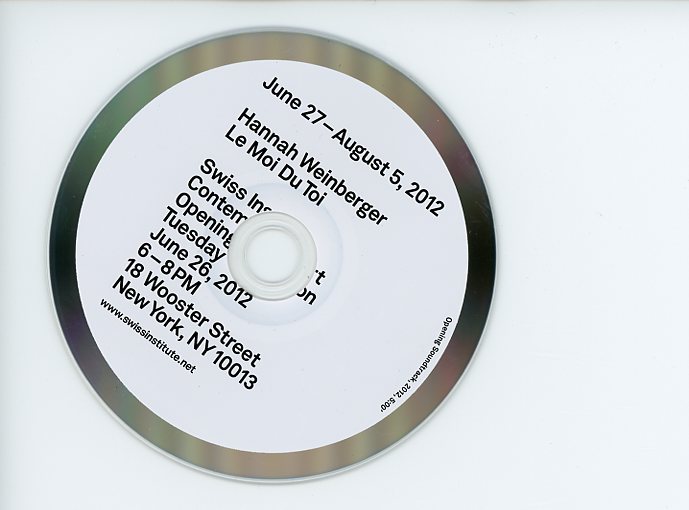 This CD was sent as part of the invitation card by the Swiss Institute in 2012 containing the soundtrack (or part of it) for Le Moi Du Toi. For her exhibition, Weinberger had composed a series of electronic loops mixed in a constant cadence that recalled the rhythmic pulse of a beating heart (80-140 beats per minute). 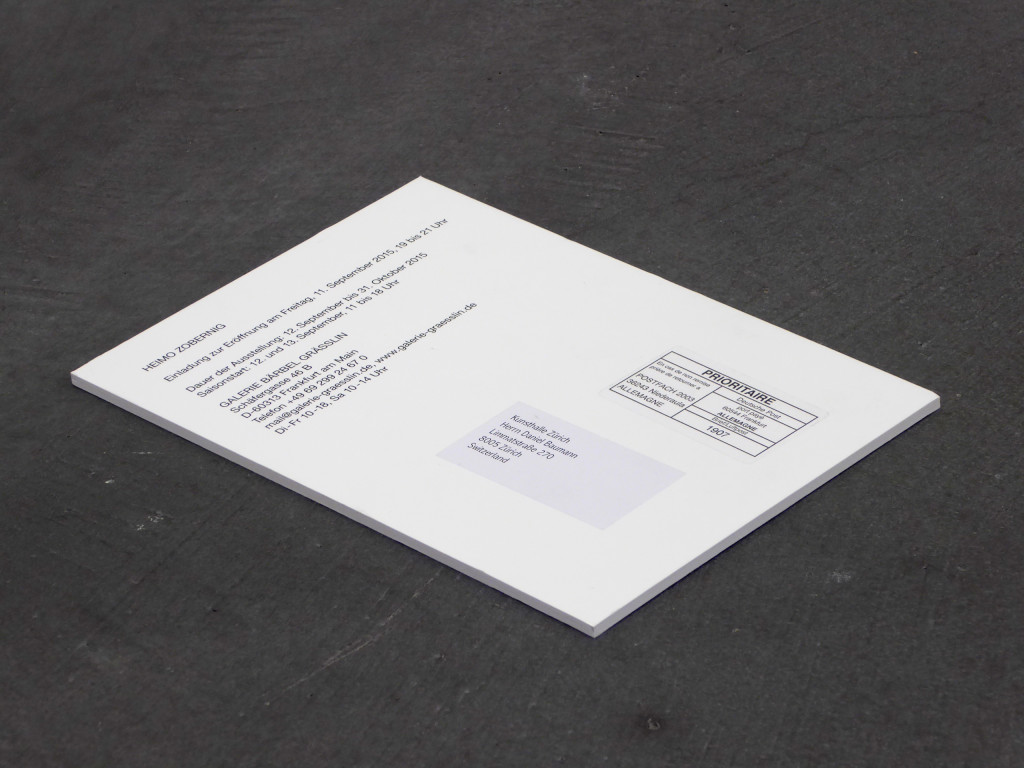 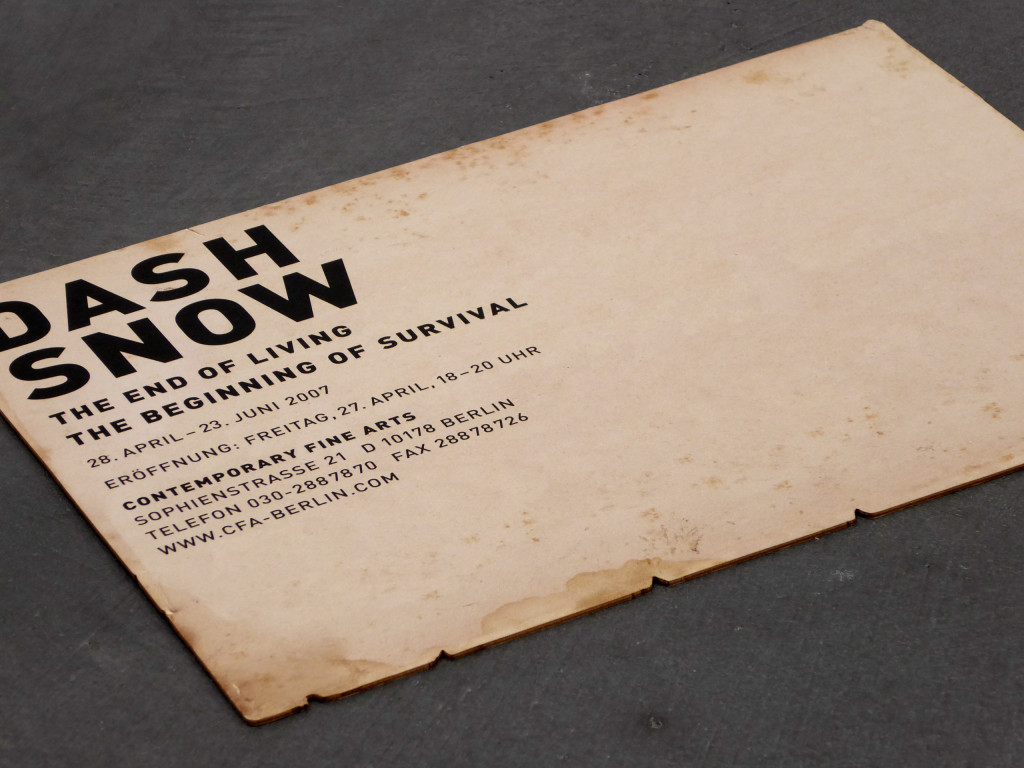 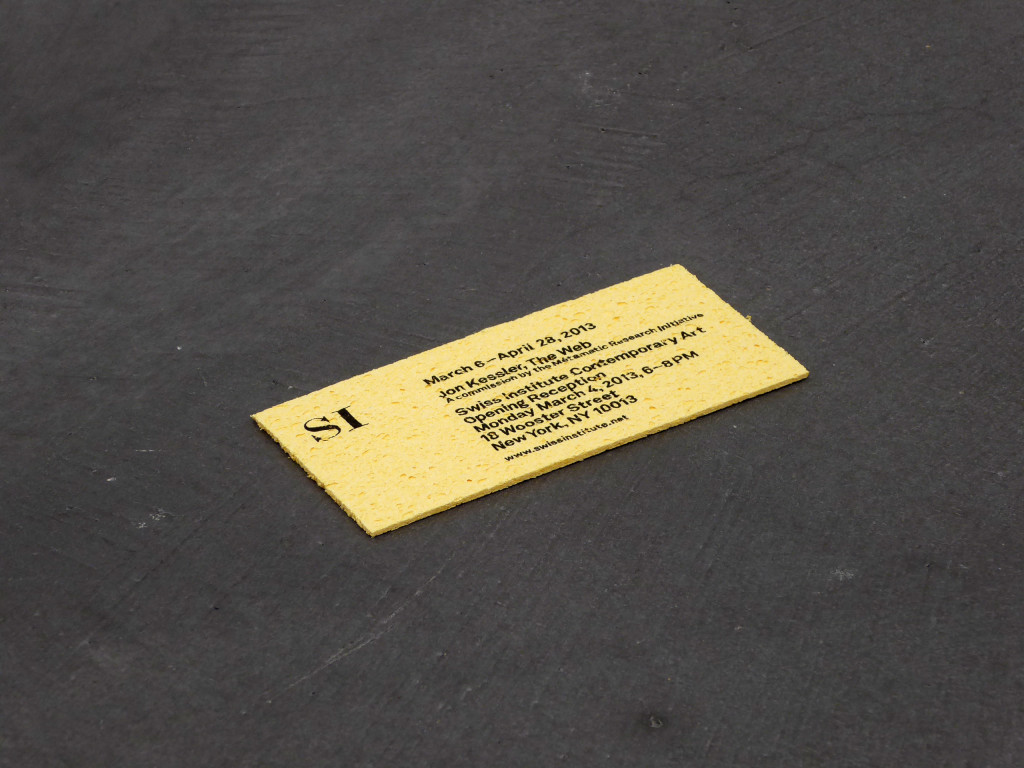 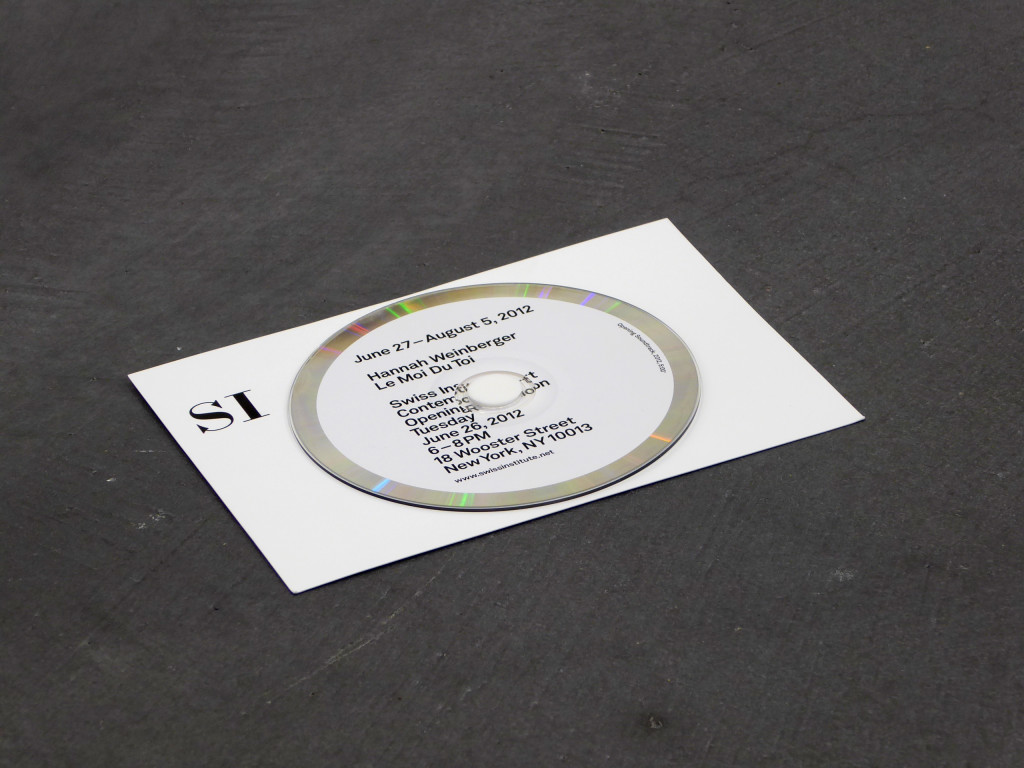 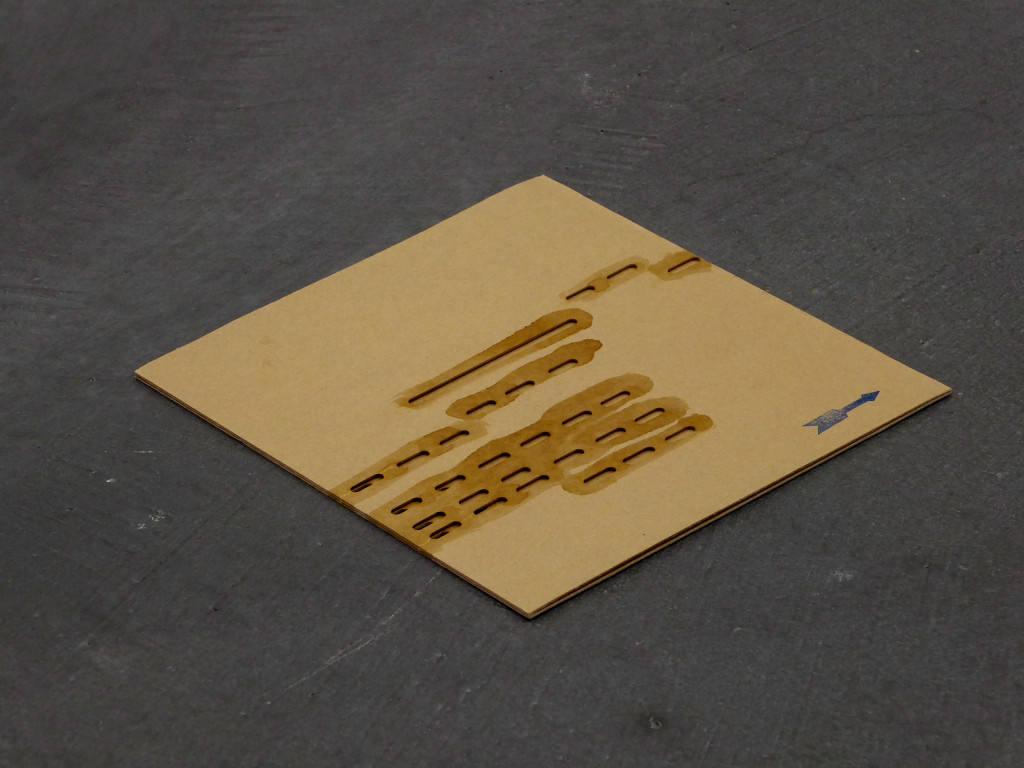 A series of invitation cards by the Swiss Institute in New York designed by Patrick Li (Li Inc., est. 2000).