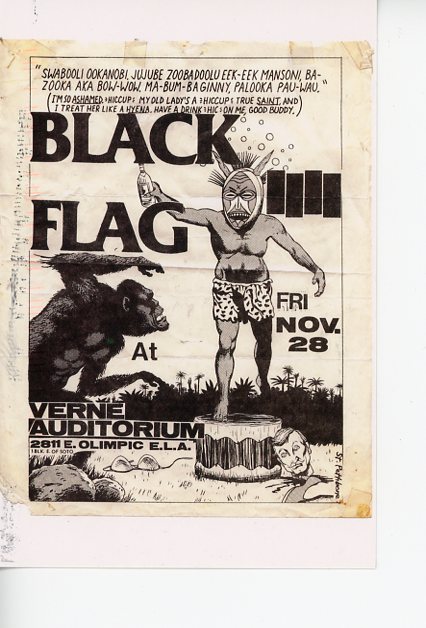 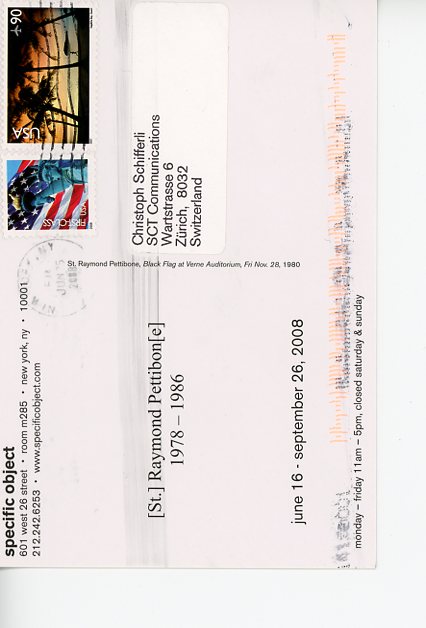 Raymond Pettibon’s exhibition at Specific Objects in 2008. Here is the checklist, a pdf.

Roberta Smith in The New York Times: ” With their sharp shadows, pulpy imagery, explicit sex and random violence, Raymond Pettibon’s drawings have been likened to film noir, which preceded them, and Southern California punk rock, which developed parallel to them. Focusing on the latter symbiosis, this exhibition examines Mr. Pettibon’s circuitous path toward art.

His public exposure began in 1978, when his brother, Greg Ginn, the guitarist for the punk band Black Flag, published Mr. Pettibon’s first zines while using images from them for Black Flag fliers, album covers and gift items (T-shirts, stickers and skateboards). All were published by SST Records, founded when Mr. Ginn was 12 as a mail-order company for World War II surplus radio parts and converted into a record label when no one else would work with Black Flag. SST Records became central to the development of American indie rock, releasing albums by groups like the Minutemen, Hüsker Dü, the Meat Puppets and Sonic Youth.”