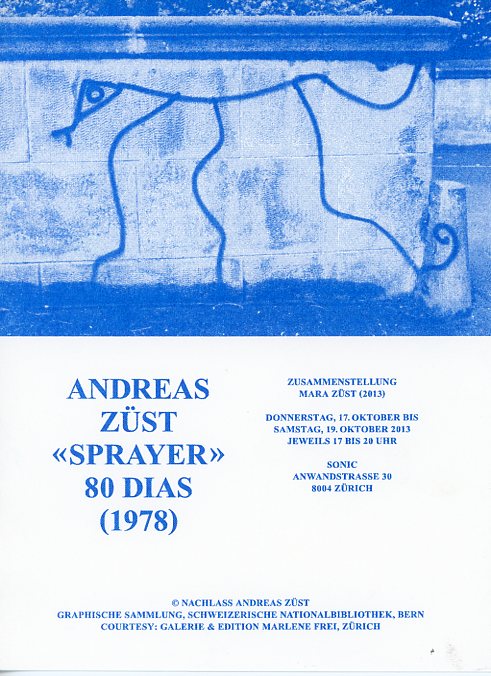 Pictures by Andreas Züst of graffitis by Harald Naegeli, aka Sprayer von Zürich. The show was curated by Mara Züst.

“Andreas Züst (1947–2000) was a photographer, a painter, and an art collector; a social butterfly, a publisher, and a film producer; a bibliophile, a scientist, and a patron of the arts. Beginning in the early 1970s, he documented and photographed Zürich’s art and culture scene, transcending the boundaries between subcultures, high culture, and pop culture. It was with this same broad-minded spirit that he later became a collector and publisher of (art) books.” Source