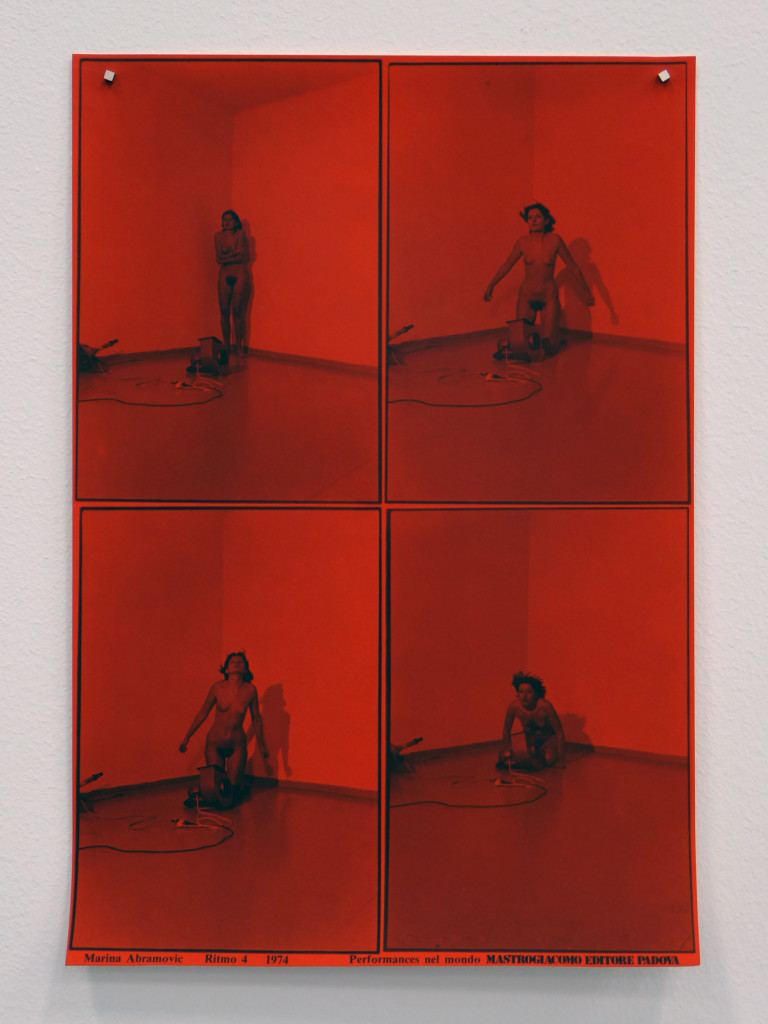 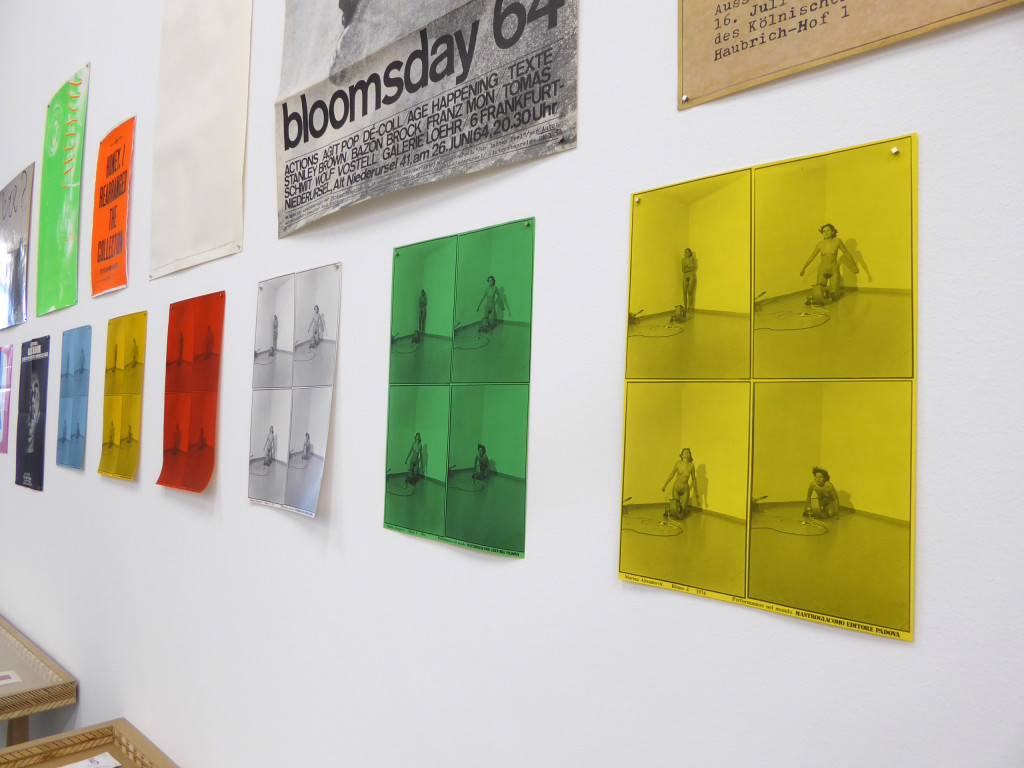 “Rhythm 4 was performed at the Galleria Diagramma in Milan. In this piece, Abramović kneeled alone and naked in a room with a high-power industrial fan. She approached the fan slowly, attempting to breathe in as much air as possible to push the limits of her lungs. Soon after she lost consciousness.[28]

Abramović’s previous experience in Rhythm 5, when the audience interfered in the performance, led to her devising specific plans so that her loss of consciousness would not interrupt the performance before it was complete. Before the beginning of her performance, Abramović asked the cameraman to focus only on her face, disregarding the fan. This was so the audience would be oblivious to her unconscious state, and therefore unlikely to interfere. Ironically, after several minutes of Abramović’s unconsciousness, the cameraman refused to continue and sent for help.[28]  Wikipedia 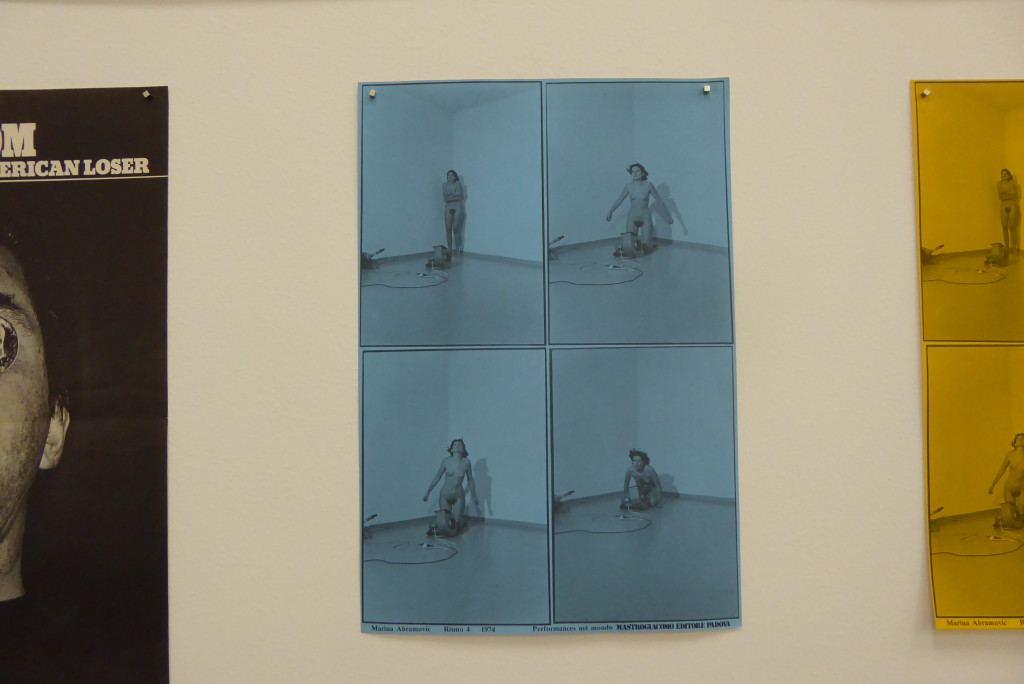 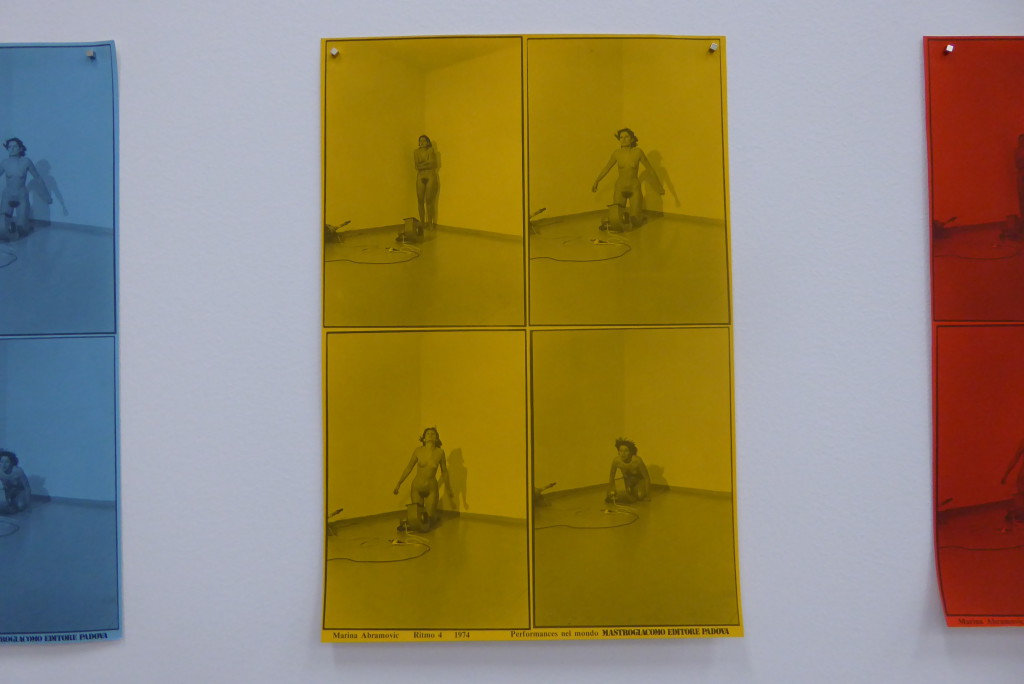 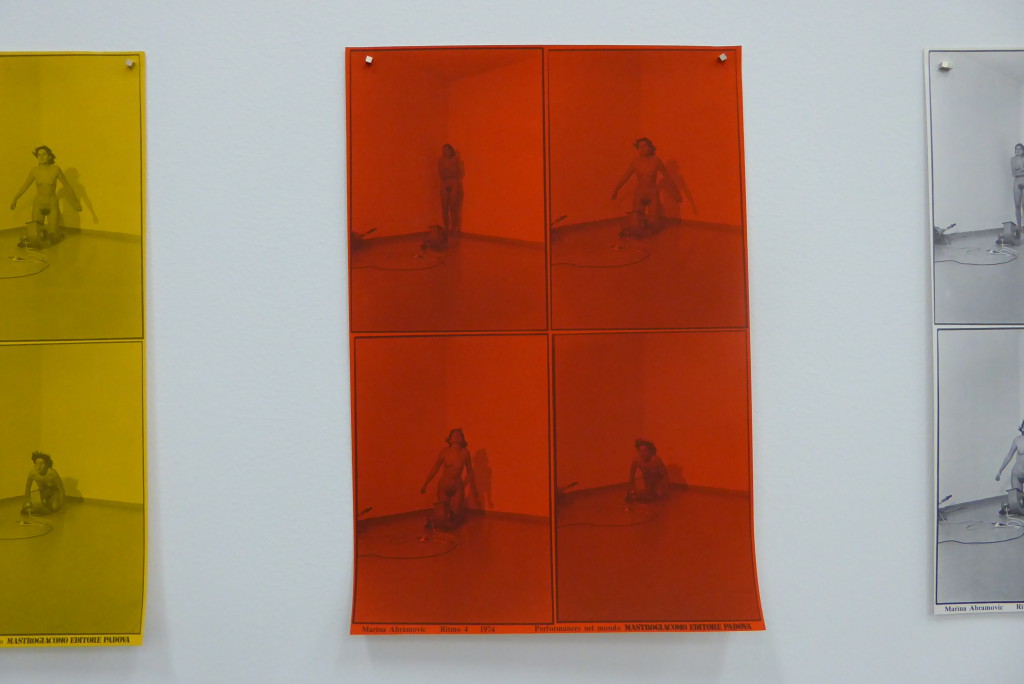 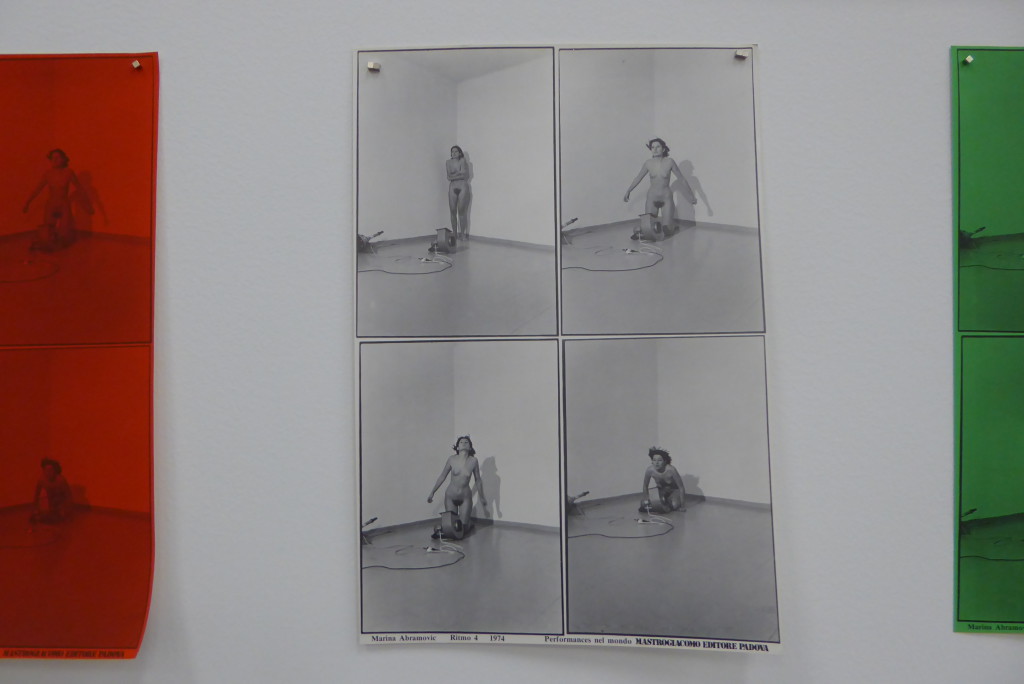 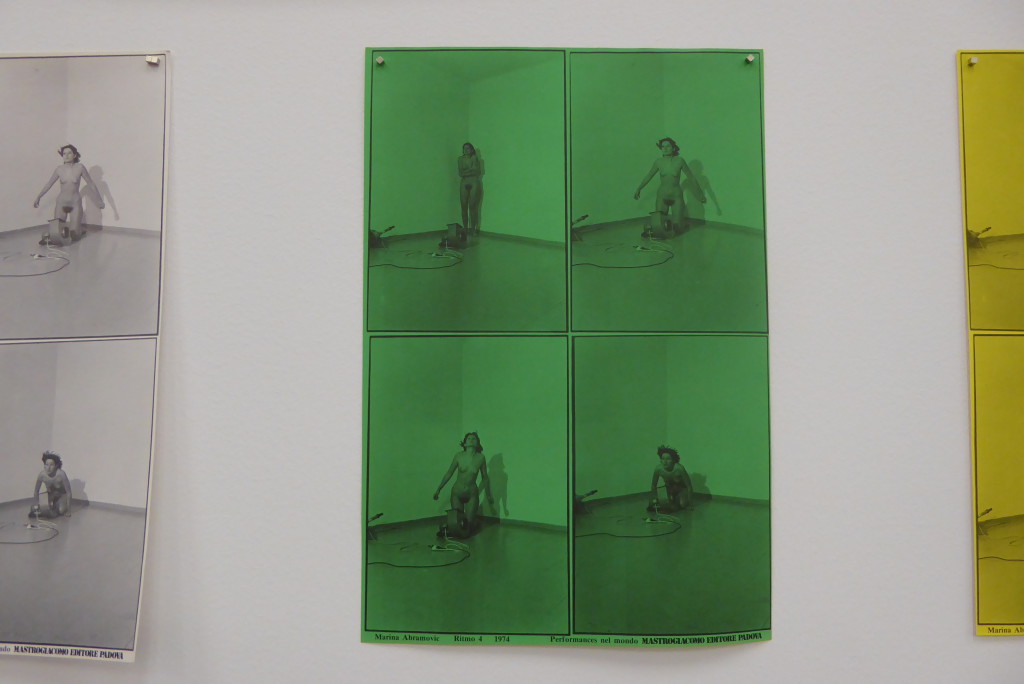 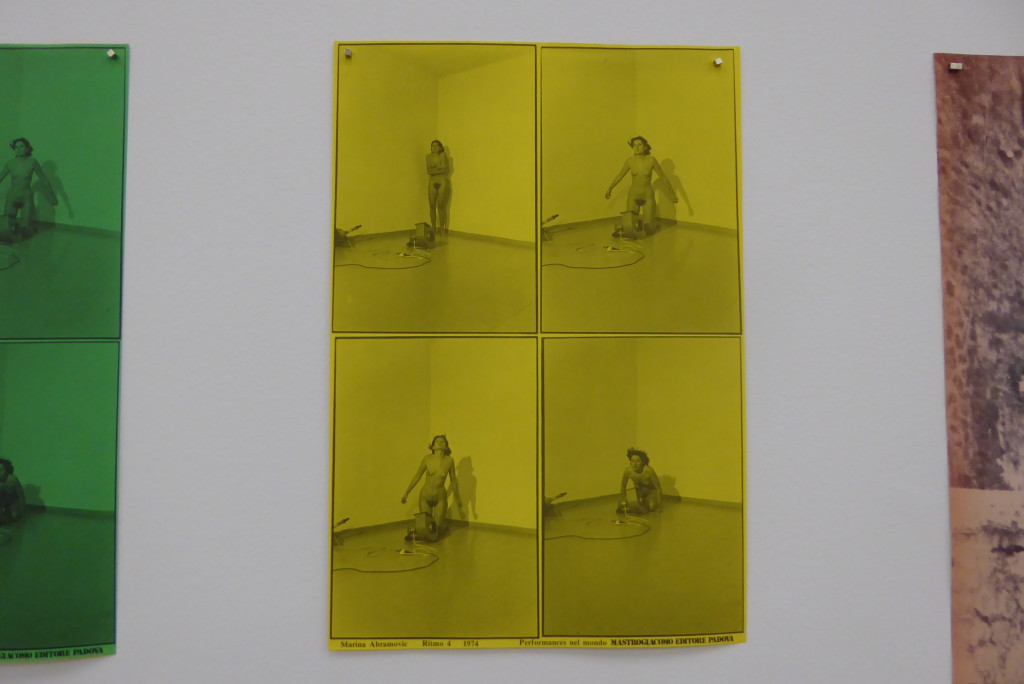 User comment “Why? Colors and curiosity – I wonder what the performance was about.” Phillipe Sormani